What is a Ruin Pub?

Take an old building in disrepair slated for condemnation, let a few artist loose in it for a few days, add alcohol and you’ve got yourself a uniquely Hungarian establishment called a Ruin Pub. There are 15 to 20 of these such establishments that have popped up around Budapest starting in the early 00’s. Lauren and I tried to visit as many as possible, sagely spaced out over our month in Budapest and not all in one day. The first and oldest of these pubs is Szimpla Kert which is a large building filled with mish mashed furniture and failed college art projects. Most of the ruin pubs fall into this stylistic category of run down building furnished with hipster-curated thrift store finds and nonsensical art. They each have their own distinct character and clientele ranging from dirty backpacker dens to more upscale microbrew moustache hangout. 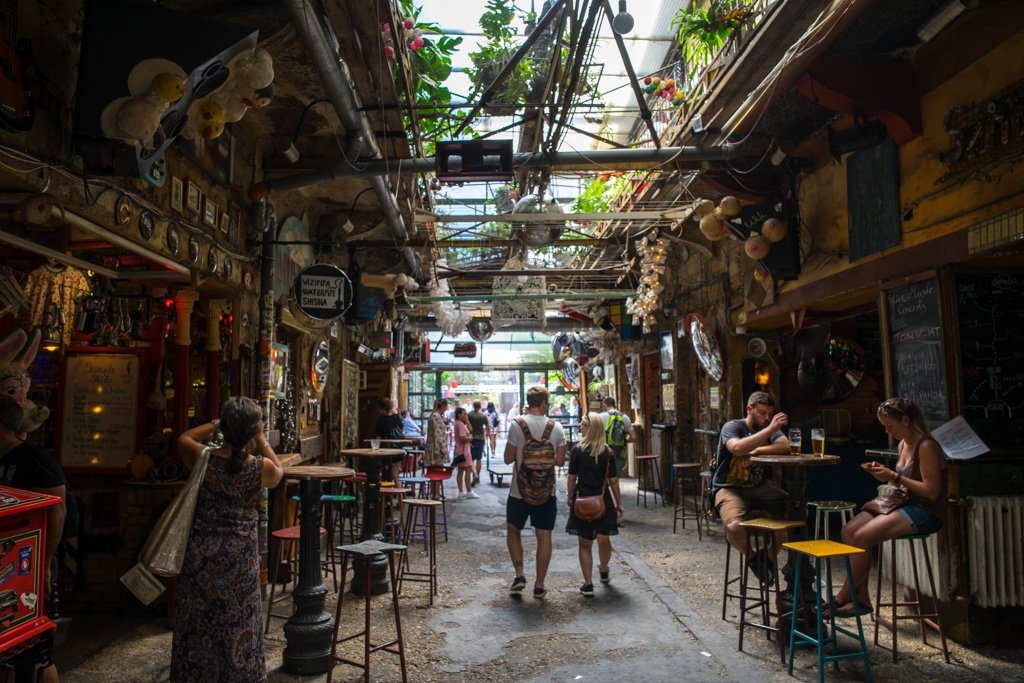 Szimpla Kert is the first and oldest of the ruin pubs. It’s also the most popular with tourists.

We got through a good chunk of the ruin pubs but we weren’t exactly sure what officially constitutes a ruin pub. Some of our pinned pubs were no longer in existence. Some of them were clearly ruin pubs, following the traditional style described above but others looked like normal bars almost indistinguishable from any other bar. We quickly determined that it didn’t matter if it was a ruin pub or not and there would be no way we could visit them all.

Some shots from the other ruin pubs we visited. Eventually I’ll try and put names to the pictures. 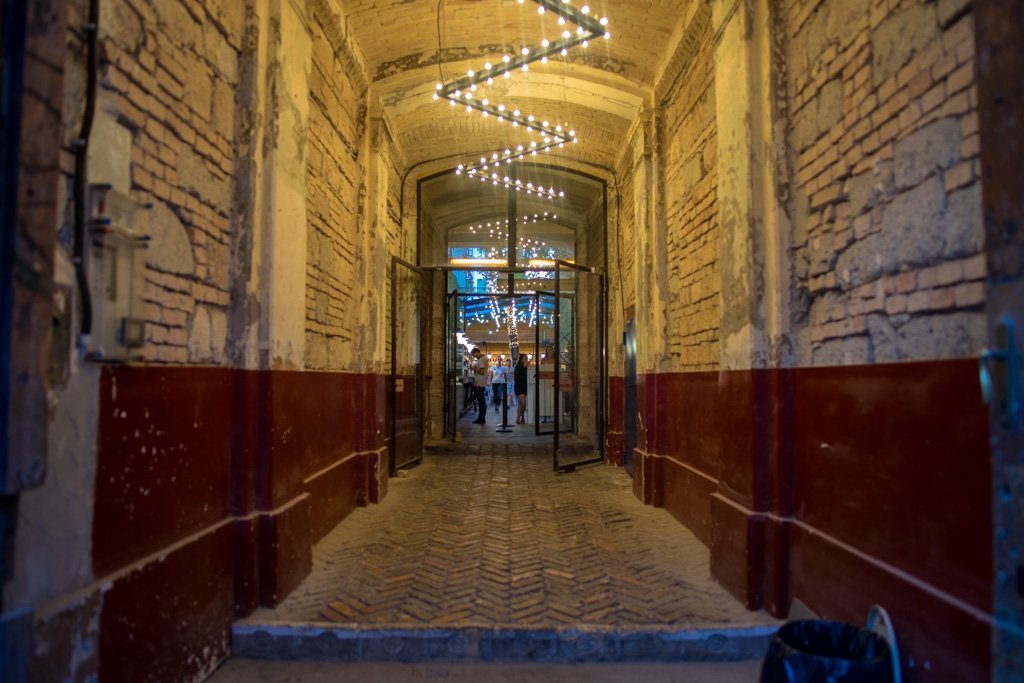 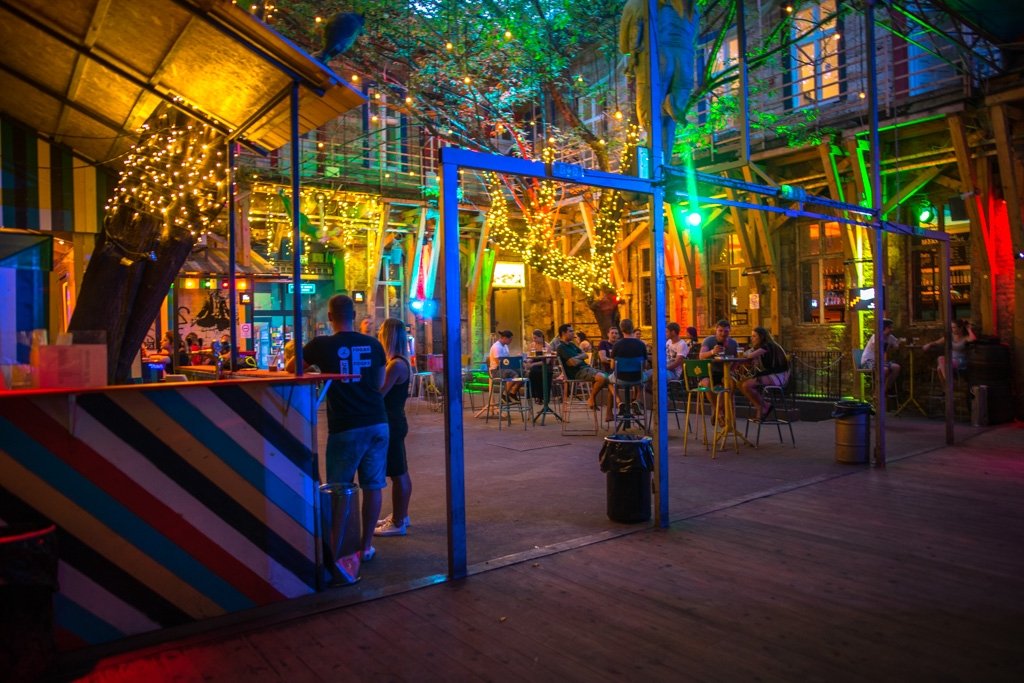 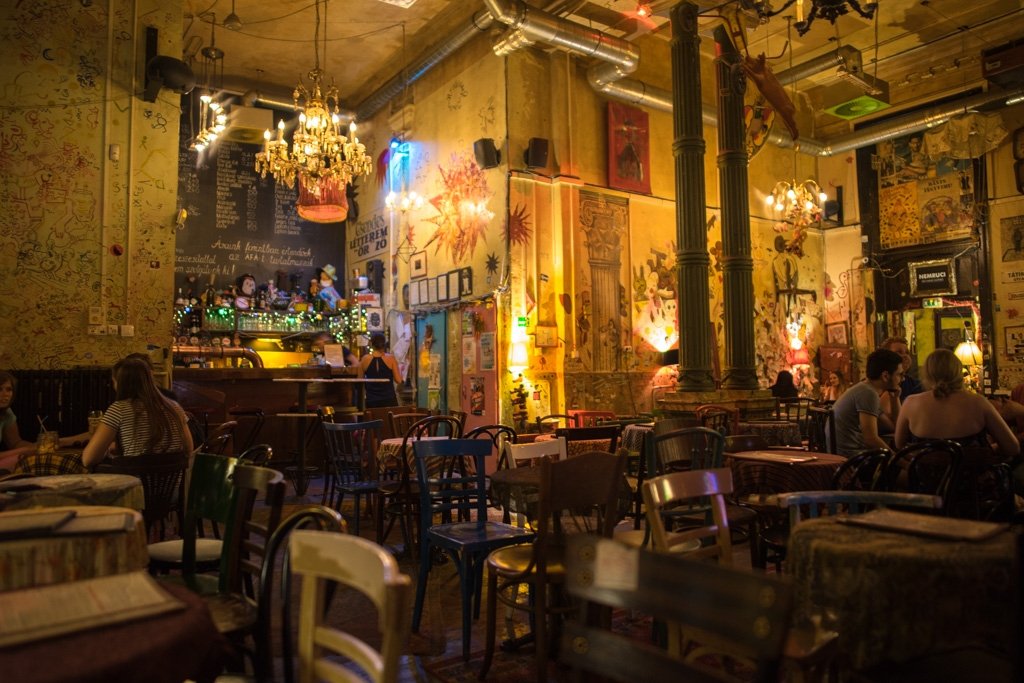 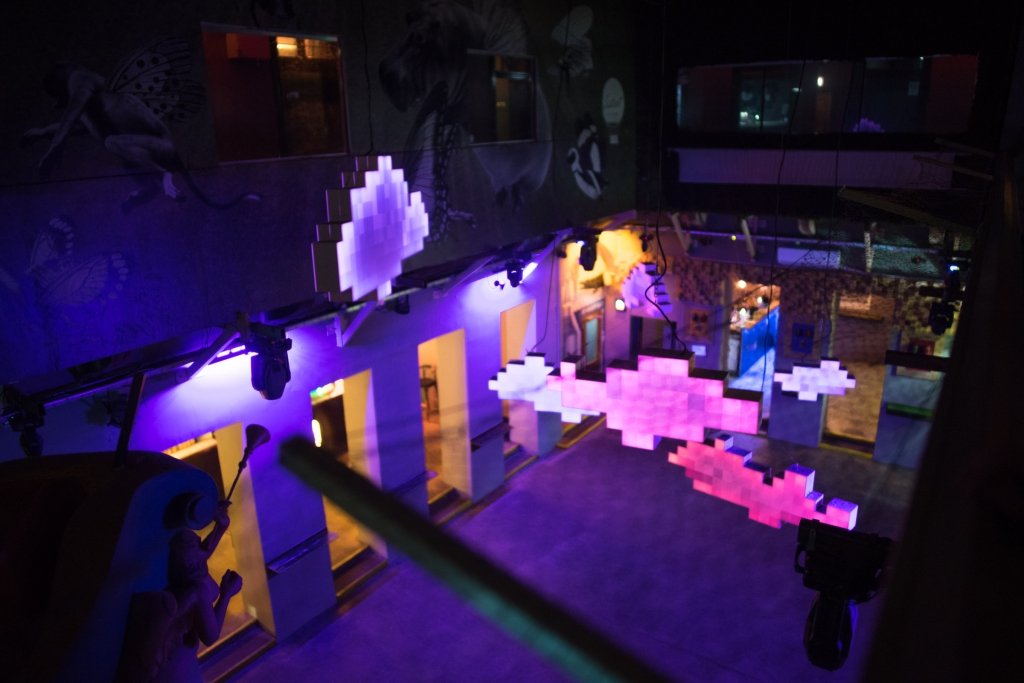 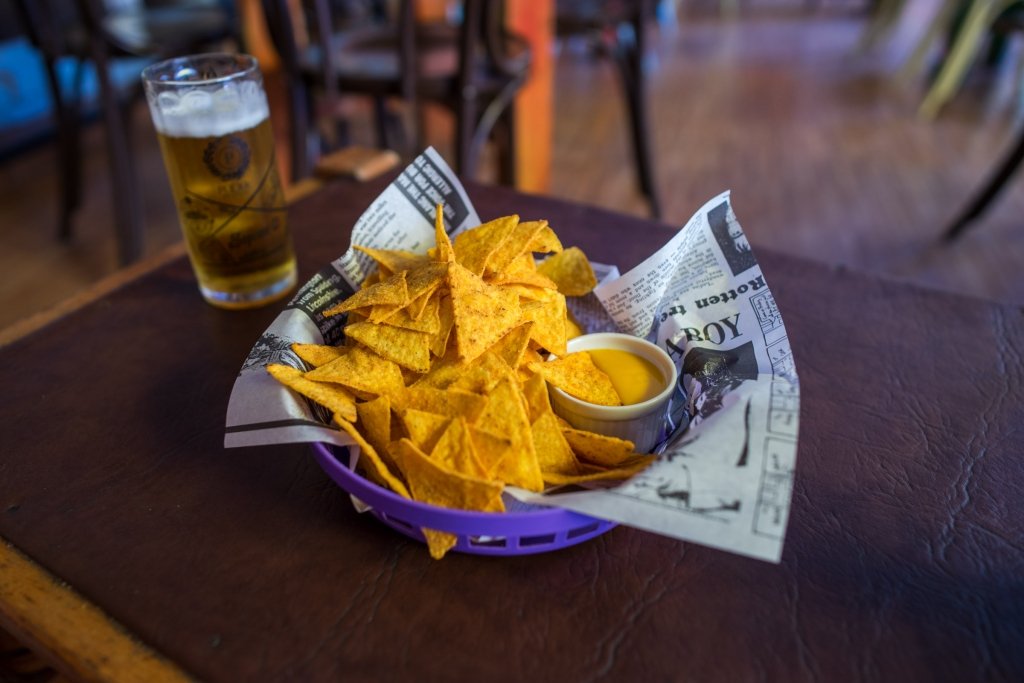 Side note: Be careful when you order “Nachos” at a bar. Most times you get decent nachos with real cheese and toppings. Other times you get Hungarian Doritos and easy cheese.

Check out our handy Budapest map for all the Ruin Pub locations and more stuff.