Got this shot while cruising by on Peter’s boat with Waterworld Croatia.

We found ourselves a bit marooned in Croatia with no cheap or easy ways to get on with the next part of our European adventure. The only options were to fly or to take the ferry back to Italy. With the weather getting colder we didn’t want to go to any beachy places and not be able to enjoy the water so we plotted our way north with the eventual goal of seeing some of Lauren’s family in the Netherlands. It’s not easy to rent a car to cross borders from Croatia. The one-way fees are exorbitant and most car rental agencies don’t let you drive into or through Eastern European countries. Even if they do allow you to drive into another Non-EU country they will charge an extra insurance fee anywhere from €50-100.We weren’t too keen on dealing with the hassle of a flight somewhere else, and the only cheap fares at the moment were to Barcelona. We definitely want to see Barcelona but hopefully later in the coming months while we’re trying to avoid the cold. As the title of the post tells you, we chose the ferry back to Italy. We wanted to see southern Italy around the Amalfi Coast and Rome. We took the Jadrolinja this time instead of the SNAV and had a much better experience. The ticket office was a bit of a mess when we went to get our tickets. I don’t know if its normally like this or if it was due to the large tour group that was trying to get tickets for 50+ people. We waited in line for a bit while the ticket agents sorted out their mess. The boat was smaller but a bit nicer. There were still people camped out in the hallways setting up their sleeping bags. The boat was also on the empty side like on our way in. We were tired from a full day walking around Dubrovnik so it didn’t take us long to tuck into our cabin and fall asleep. The ferries usually dock around 7am from Dubrovnik to Bari and we wanted to make sure we got as much beauty sleep as possible this time. The cabin also came with a breakfast in the dining room that was a decent spread, although something must have been funky with the food that hit our intestines pretty hard a couple hours later, but nothing too serious. 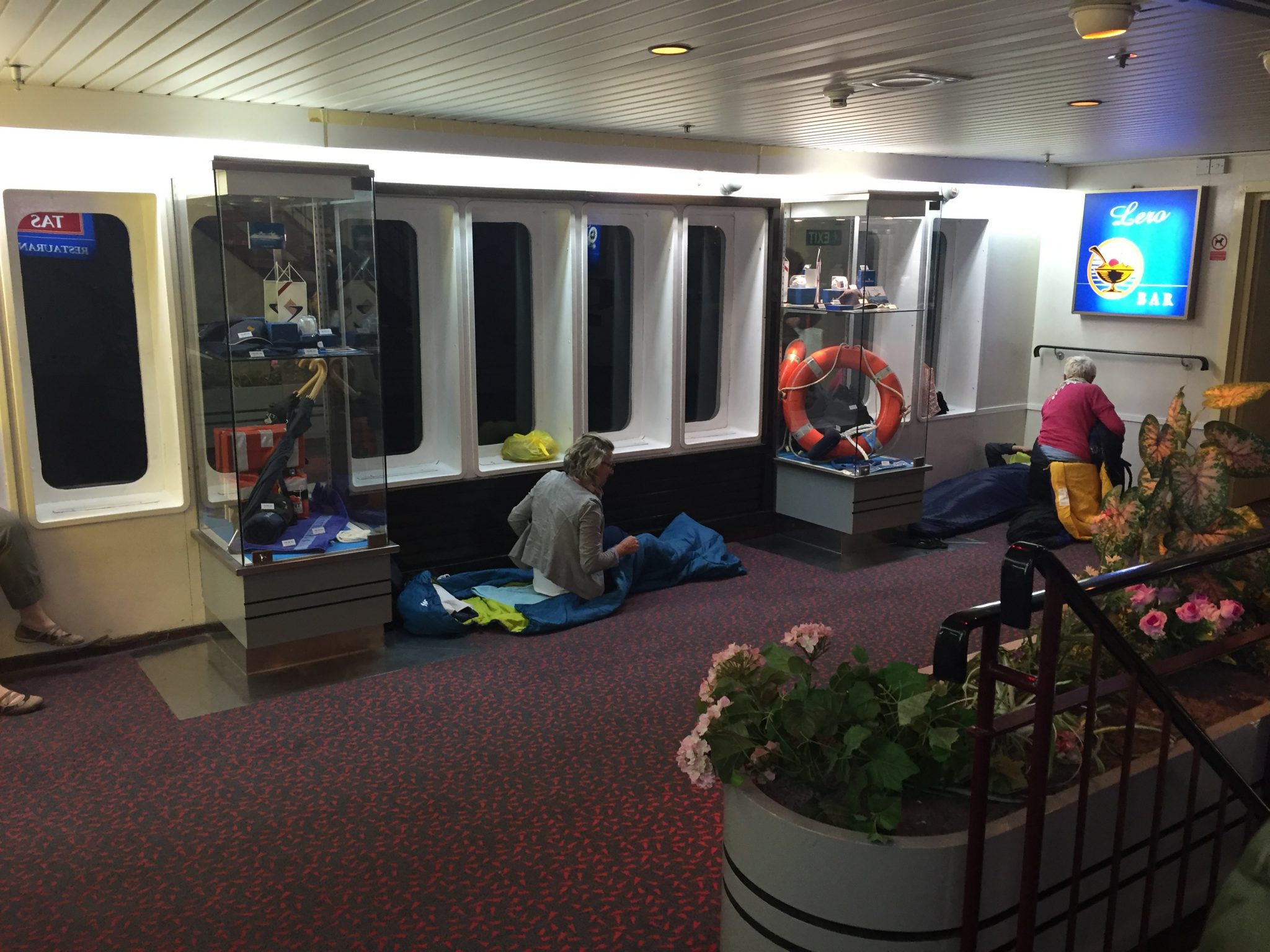 Getting cosy on deck. 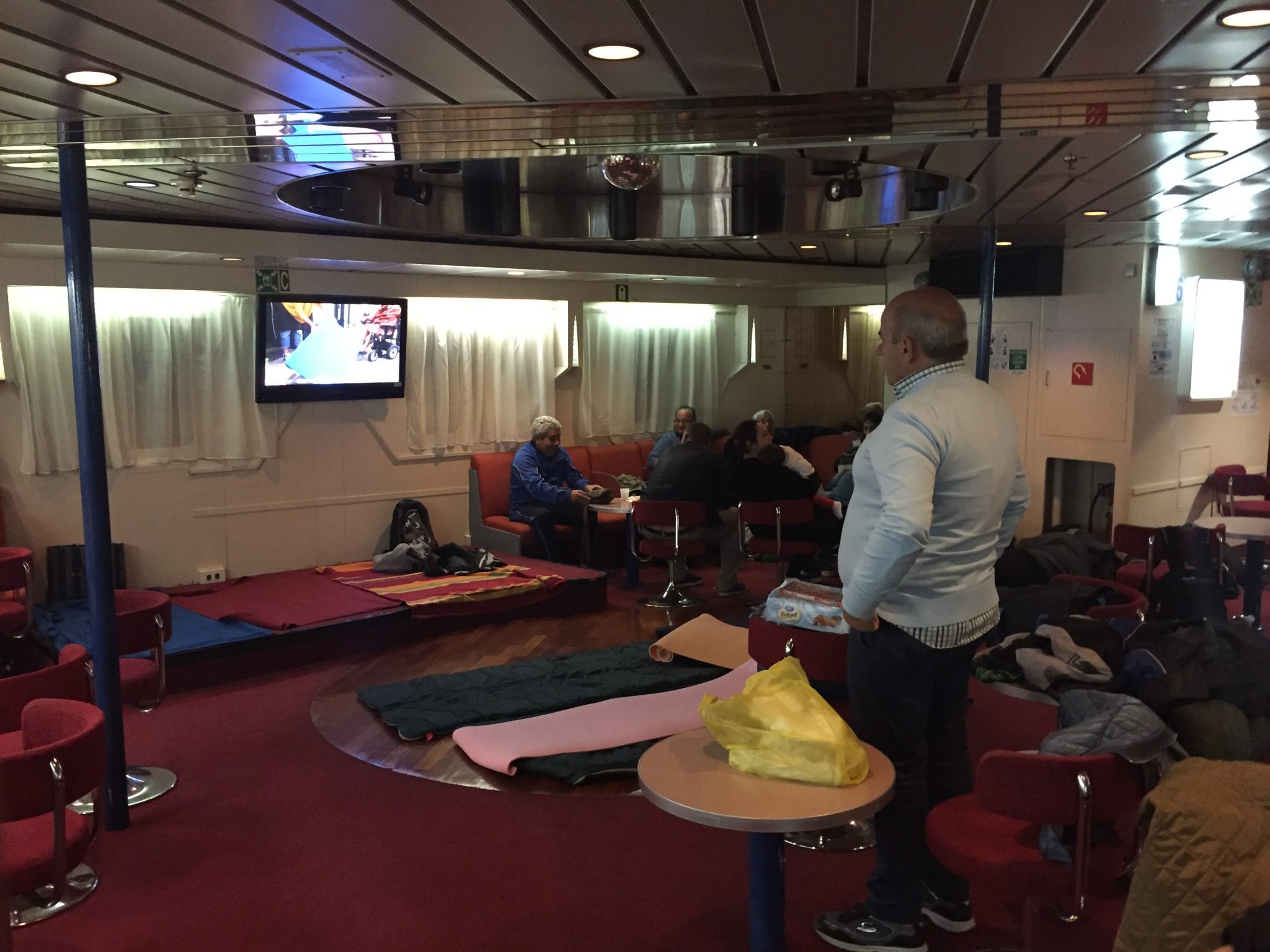 Some people set up camp on the dance floor. It wasn’t a lively night on the boat. 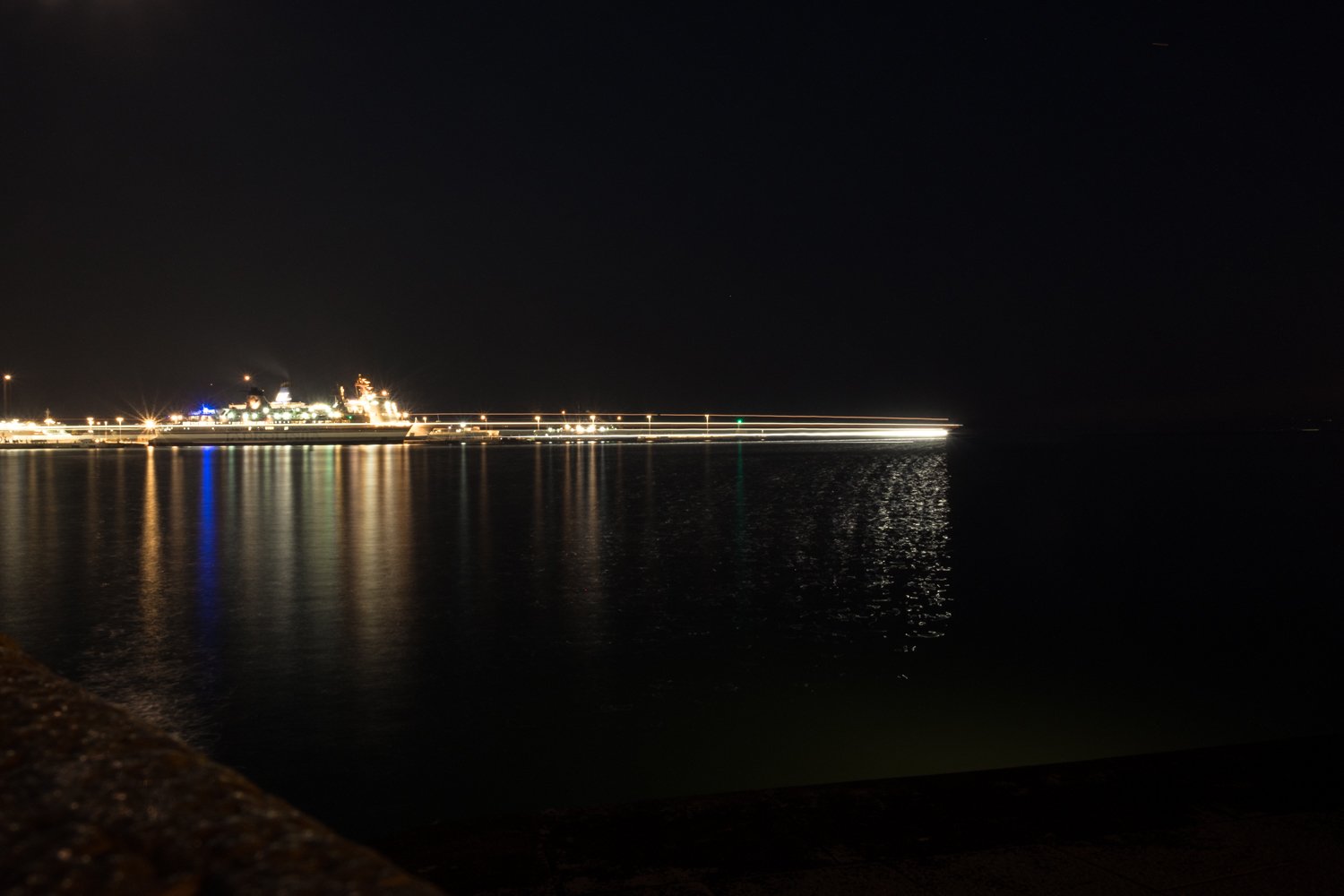