An unexpected surprise in Coromandel

After taking a wrong turn trying to get to the other side of the Coromandel Peninsula, we ended up on a gravel road through some low mountains. I was a bit worried that our camper van wouldn’t be able to make it. I was still getting comfortable with Frank, (we named the van Frank) and how he would handle the twists and turns and tight roads. The rental company also forbade us form taking Frank on unsealed (dirt) roads or onto a beach. The road was really bumpy and the entire van and all of it’s contents were rattling around very loudly. On tight right turns the fridge has a tendency to pop open so its contents can say hello. But after a few slow and winding bends we came across a very run down piece of land and a ton of pigs strewn about. 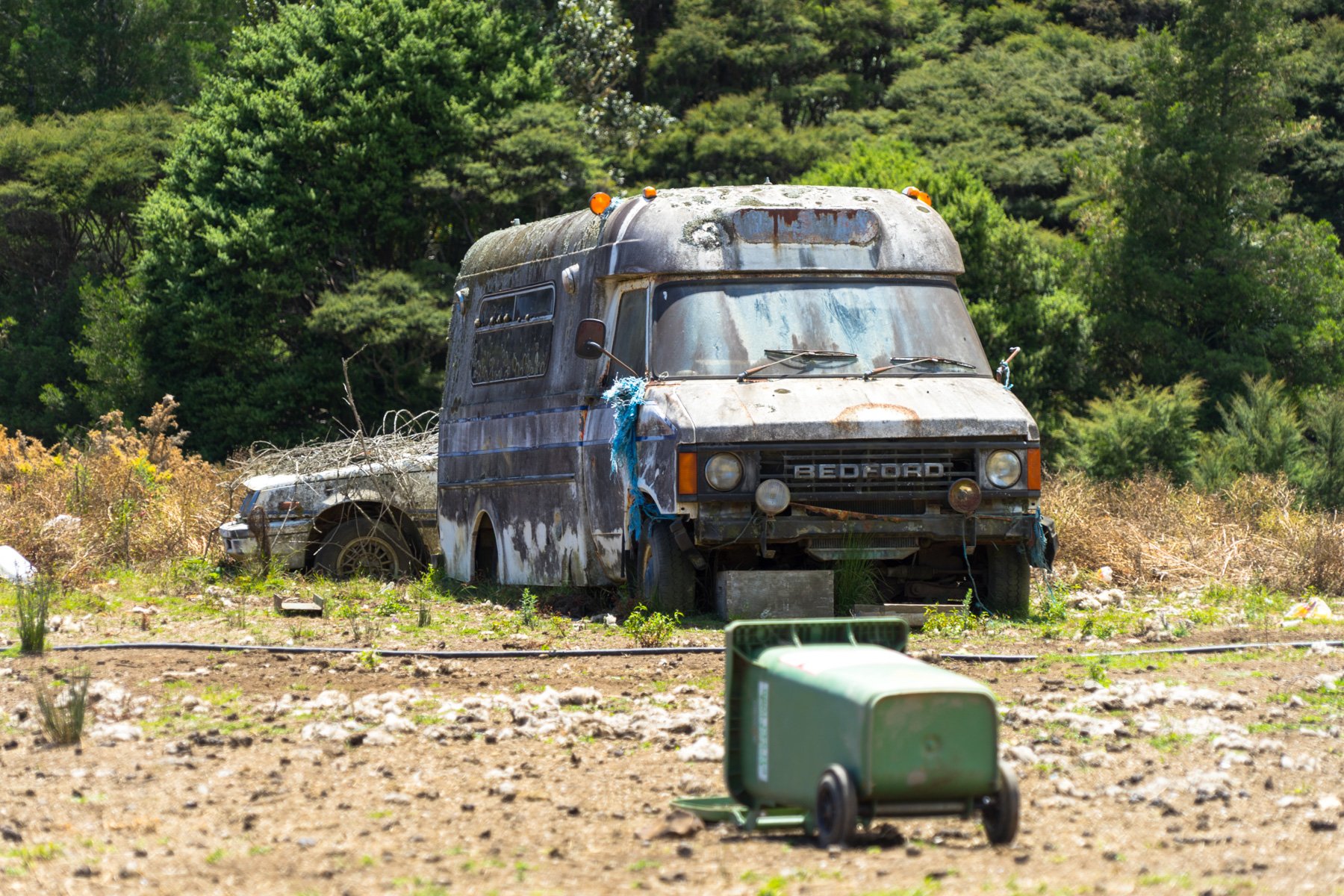 Its frank our camper van. Just kidding, it was a van at the farm.

There were a few people that had pulled over to get up close with the pigs. On the property was a large sign that read “You Can Pat the Pigs” and pat the pigs we did. The words “Do you want to pat the pigs?” barely left my mouth before Lauren shouted yes. In reality we didn’t really pat any pigs. I sort of touched the head of one piglet with a finger as they were really dirty and mangey looking. We did take a bunch of pictures of the little guys trotting around and the larger ones baking in the sun. I couldn’t help but think of sizzling bacon. 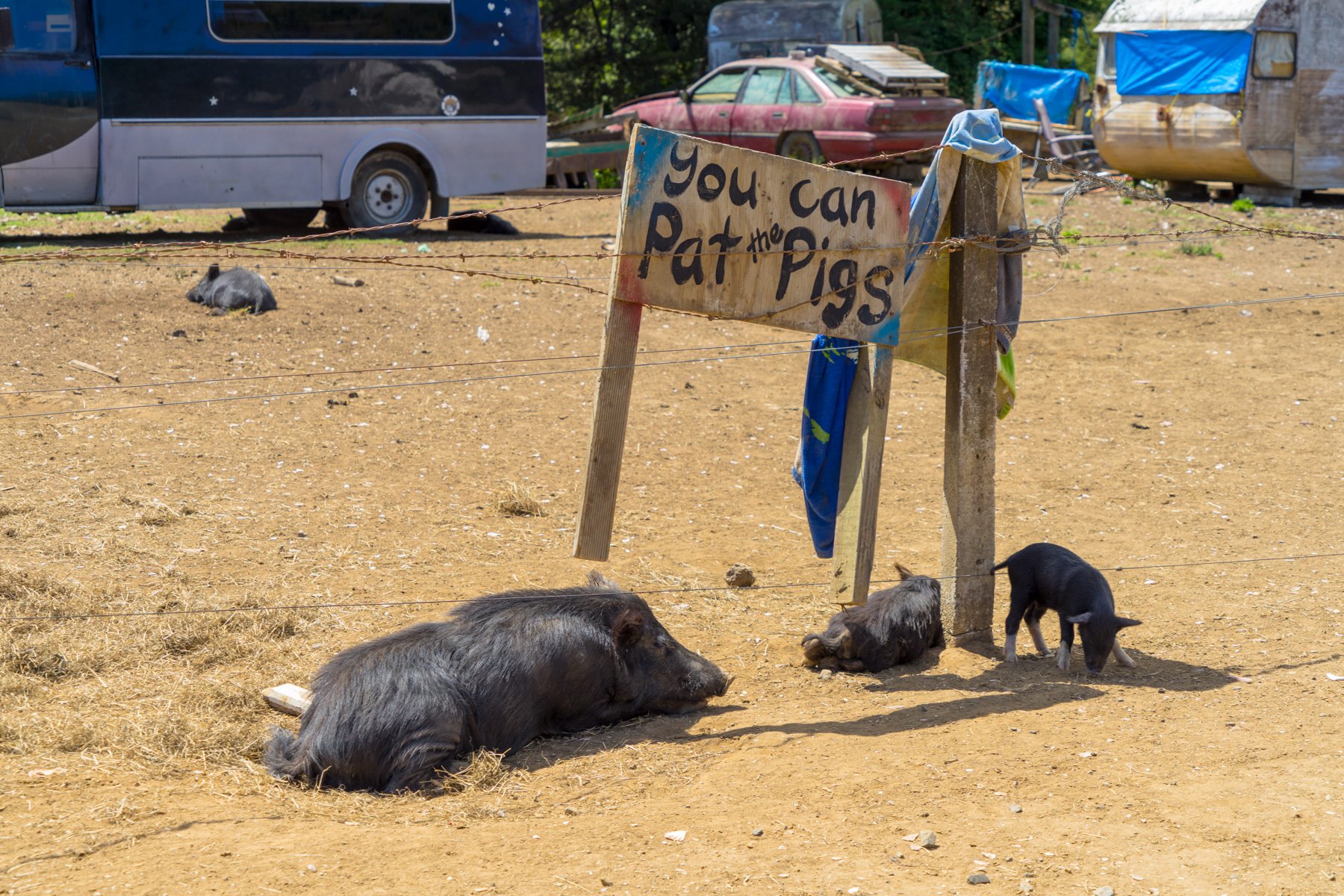 You can pat the pigs but I’m not so sure you really want to.

After we had our fill of patting we tried to depart with the difficult task of getting back onto the road without squishing any piglets. These things were running everywhere and the last thing I wanted to do was make a bacon pancake. Normally delicious but these were not my bacon pancakes to make.
Every time it seemed like the coast was clear, another little squealer would run under the van. After a lot of herding, we finally had a clear path and were on our way. 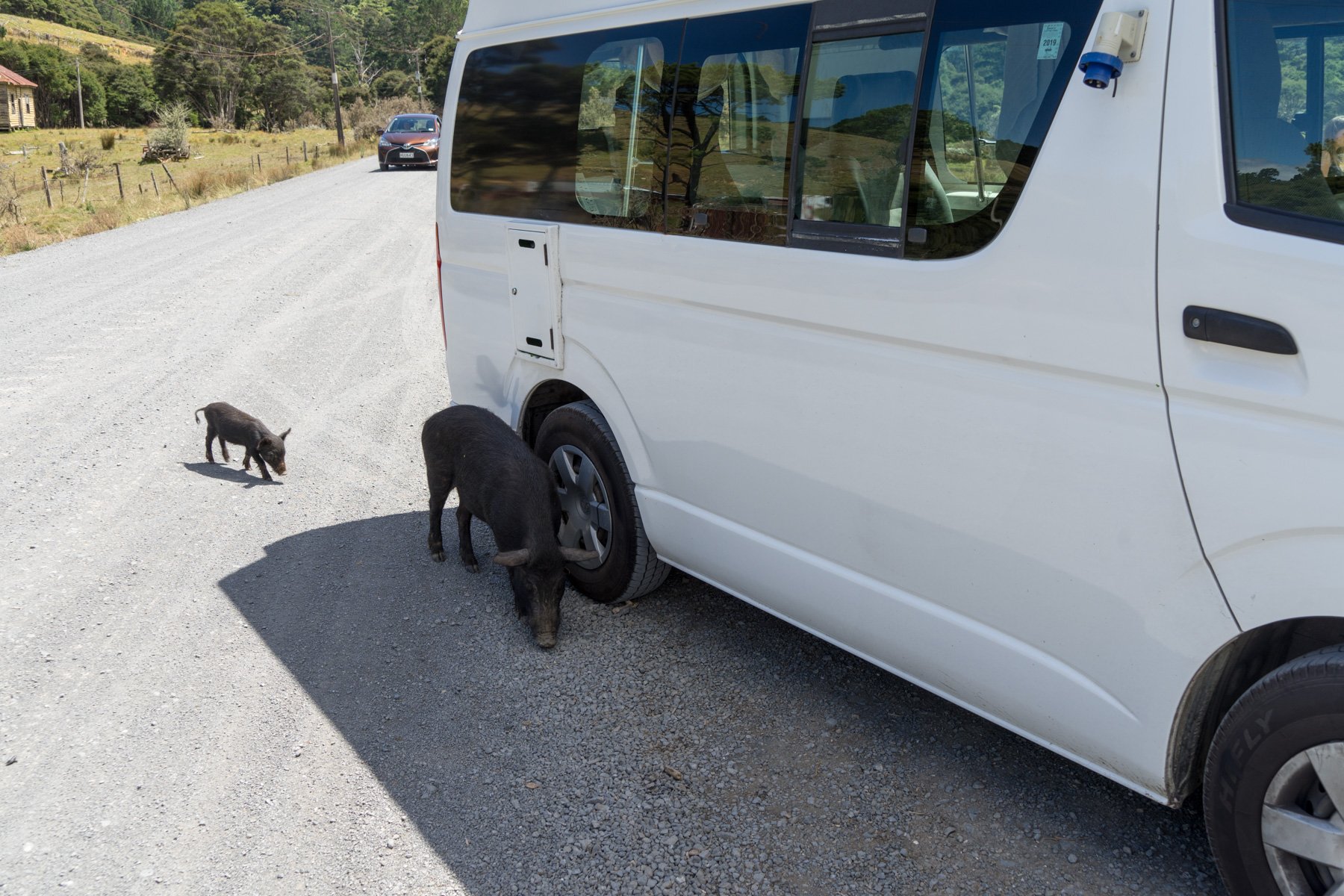 This guy didn’t want to leave the shade of the van.

If you’re ever find yourself in the Coromandel area and have the sudden urge to pat a pig, I know a guy. 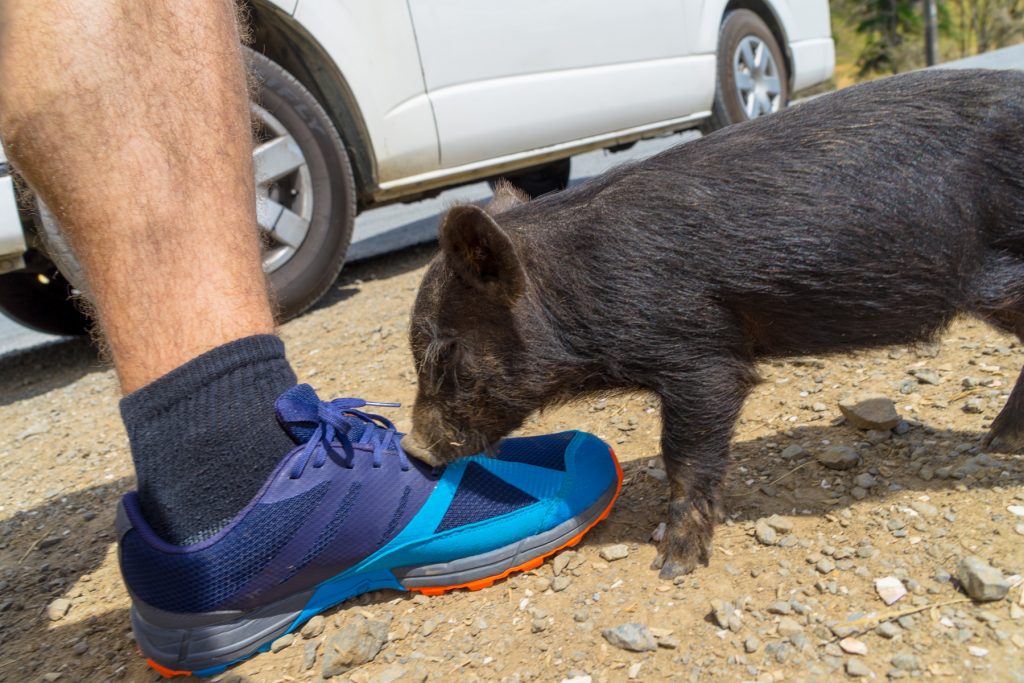 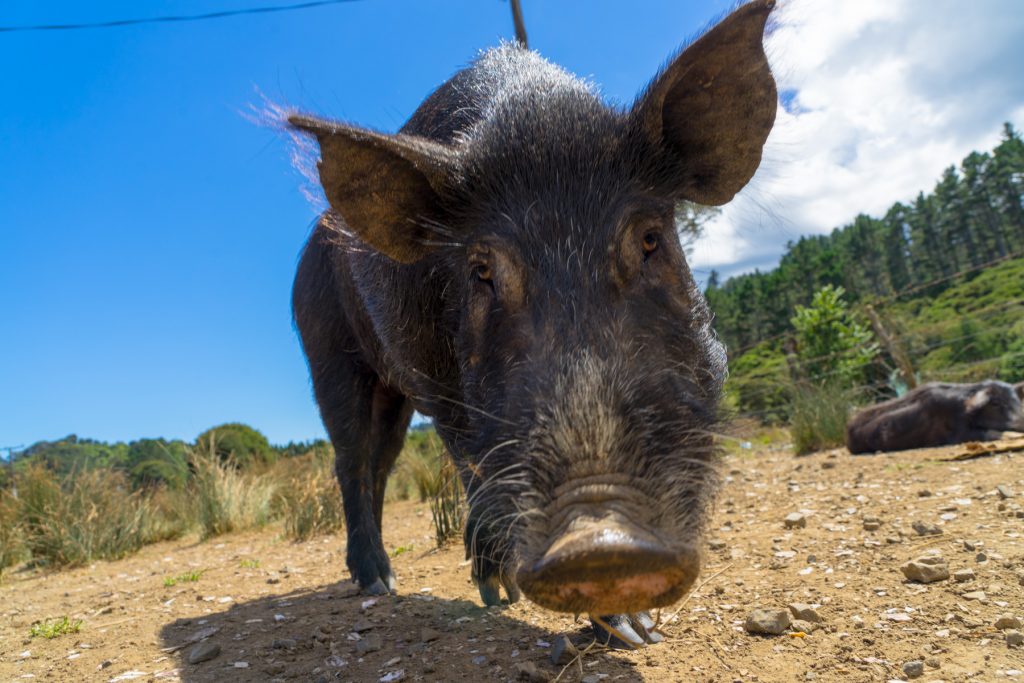 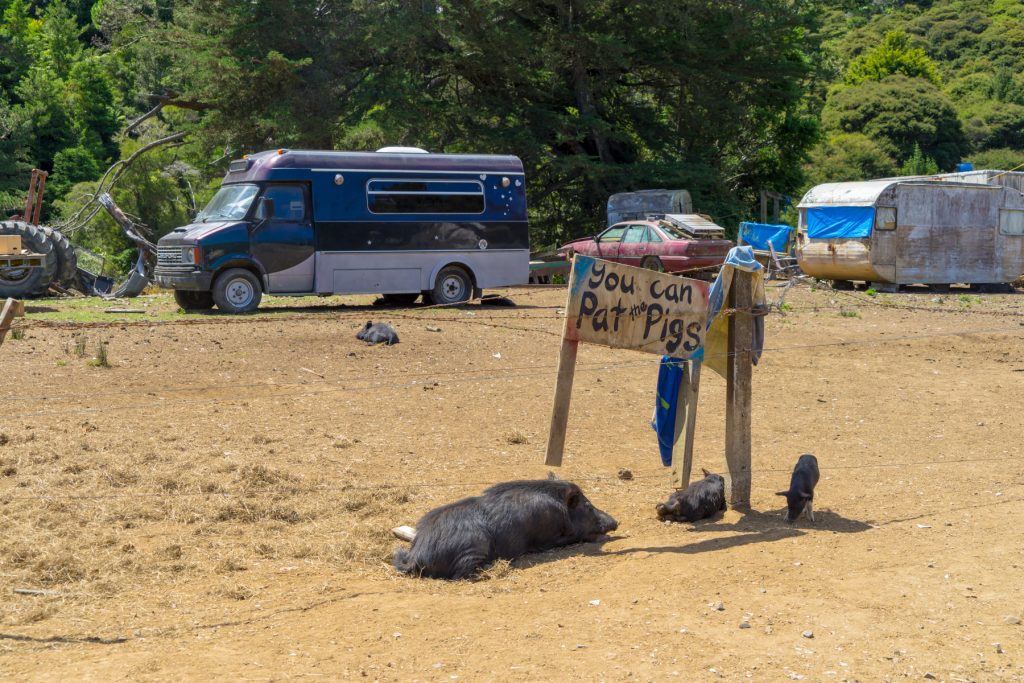 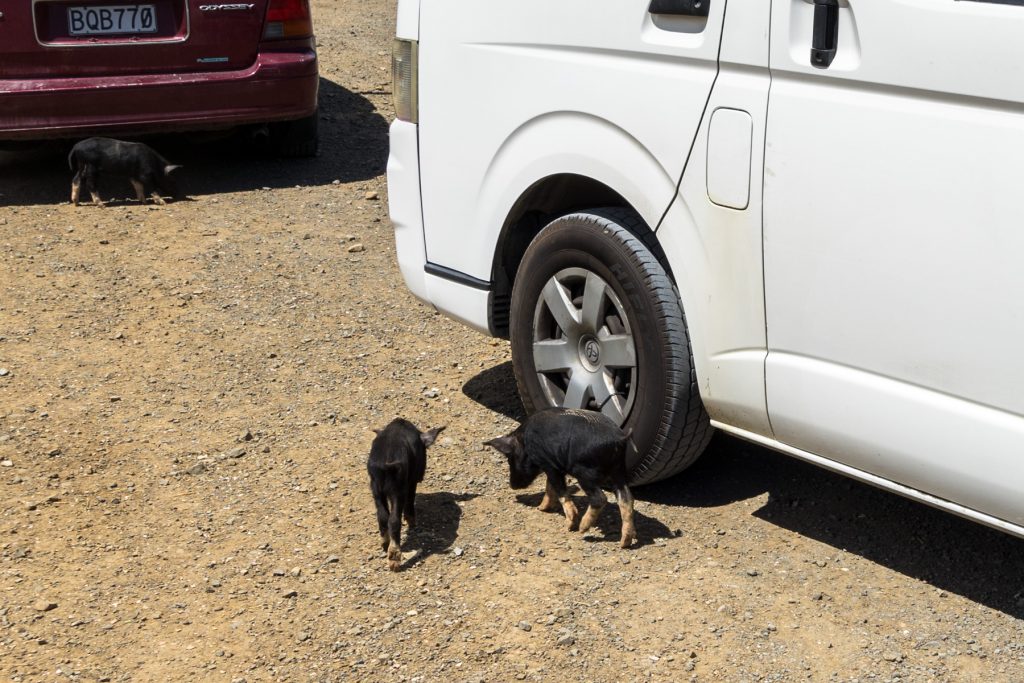 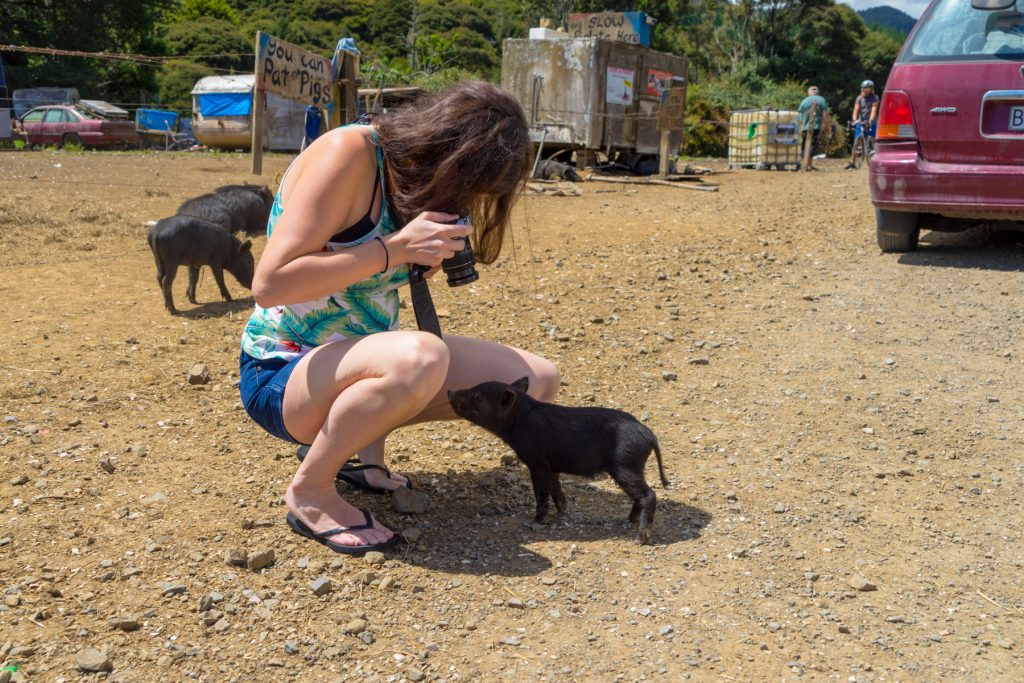 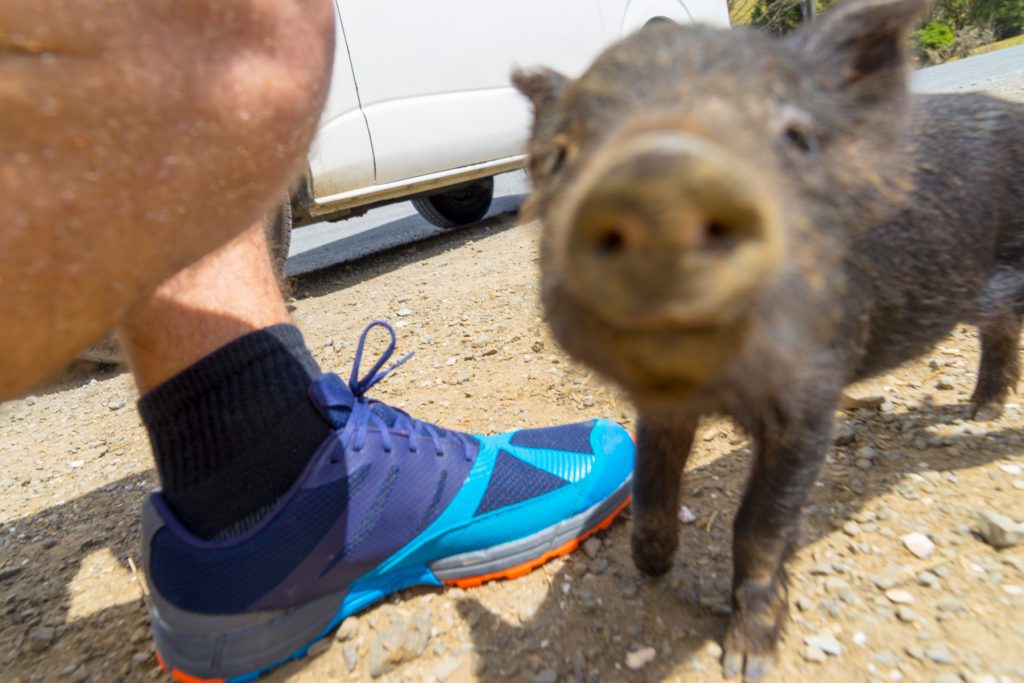