Every year sometime in March, Bali celebrates Nyepi or “Day of Silence”. The entire island shuts down and everyone must stay inside and make minimal noise. This restriction includes visitors and tourists alike and is taken very seriously. There are actual Nyepi security guards that will patrol the streets to make sure everyone is complying. You are supposed keep your lights off and make no noise, but good curtains or shutters would do the trick. The day of silence might put a damper on your sightseeing plans but don’t let that put you off visiting Bali during this time because the night before is one of the most interesting parades I’ve ever witnessed.

If Nyepi is a day of silence then the night before, The Bhuta Yajna Ritual is the complete opposite. It’s a night of loud noise, fires and the Ngrupuk  parade of the Ogoh-Ogoh.

What is an Ogoh Ogoh?

Ogoh-Ogohs are amazing and  grotesque statues that each village or neighborhood builds. They are 10-15 feet tall effigies of terror. Weeks before the Balinese New Year, these statues can be seen being built near the village temples.

They can take many shapes and forms, some impressive works of art. We were near Denpasar during Nyepi and it seemed like the entire island took to the streets processing with the Ogoh-Ogohs. Bands of Gamelan players followed as well creating a calming but slightly eerie soundtrack.

Some westerners flee the island during Nyepi but I think that’s a mistake. First of all you’re ignoring an important day in the local culture but you’re also missing out on an amazing night parade and a day of solid rest the next.

How to catch the parade.

Just go outside the night before Nyepi, you can’t miss it. We headed out around sunset and weren’t sure where to go. We started wandering the streets and saw people begin to gather waiting for something to happen. We had no idea what to expect. There really isn’t much information in english about the parade. As the night went on the streets became packed and we followed the Ogoh  Ogohs through the streets. Each statue was from a different neighborhood and was followed by a group wearing similar colors and garb. Some were really large groups with ornate clothes and massive Ogoh Ogoh statues. There was one big intersection that a lot of them pass through. I’m assuming this happens all over the city. I’m guessing things are a bit more subdued in the smaller villages. We heard that the statues would be taken somewhere to be burned but we didn’t see that happening where we were.

Click here to see the short video I made from the Ngrupuk parade. 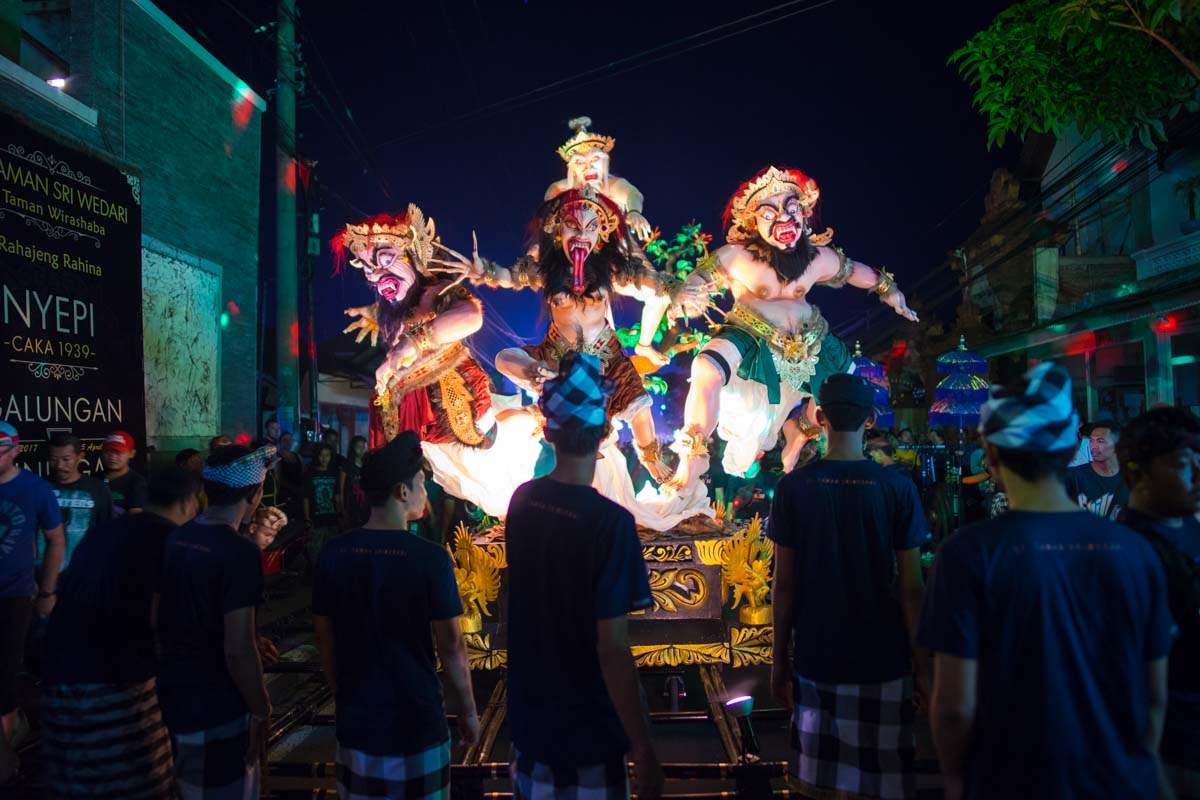 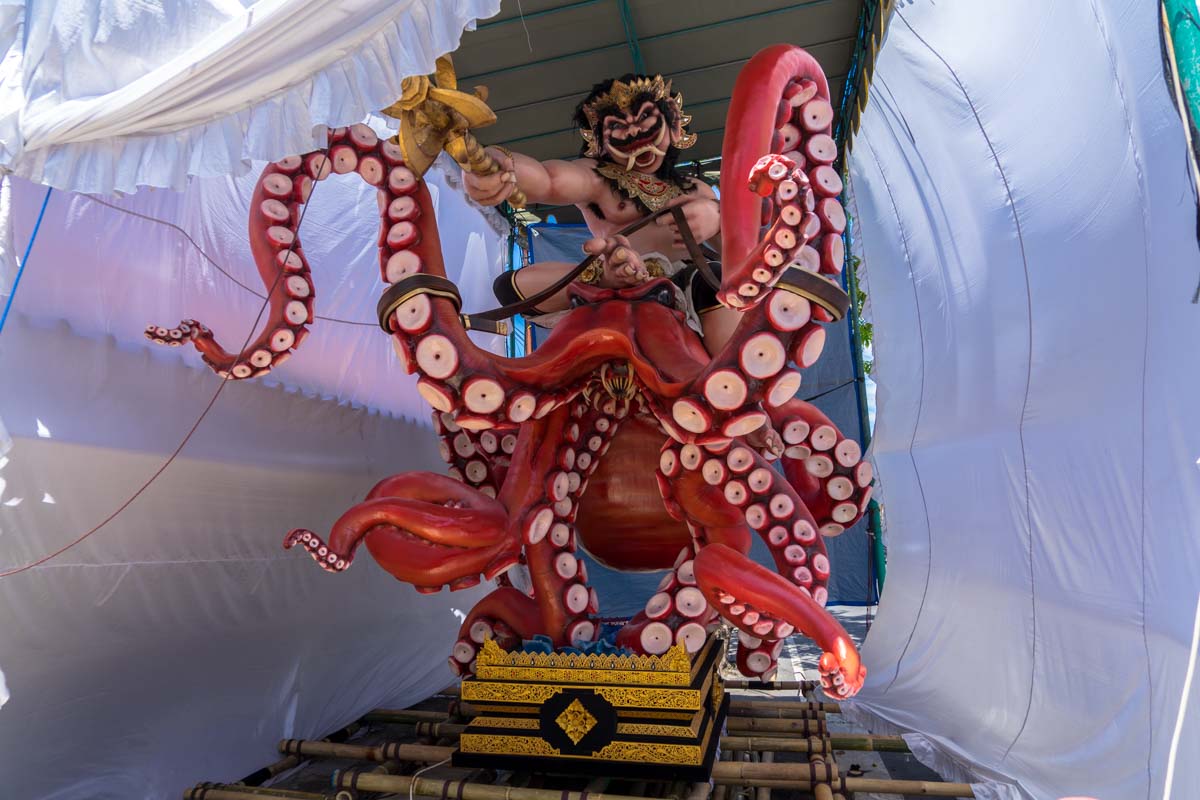 We saw this one a few days before as they were adding the final touches. 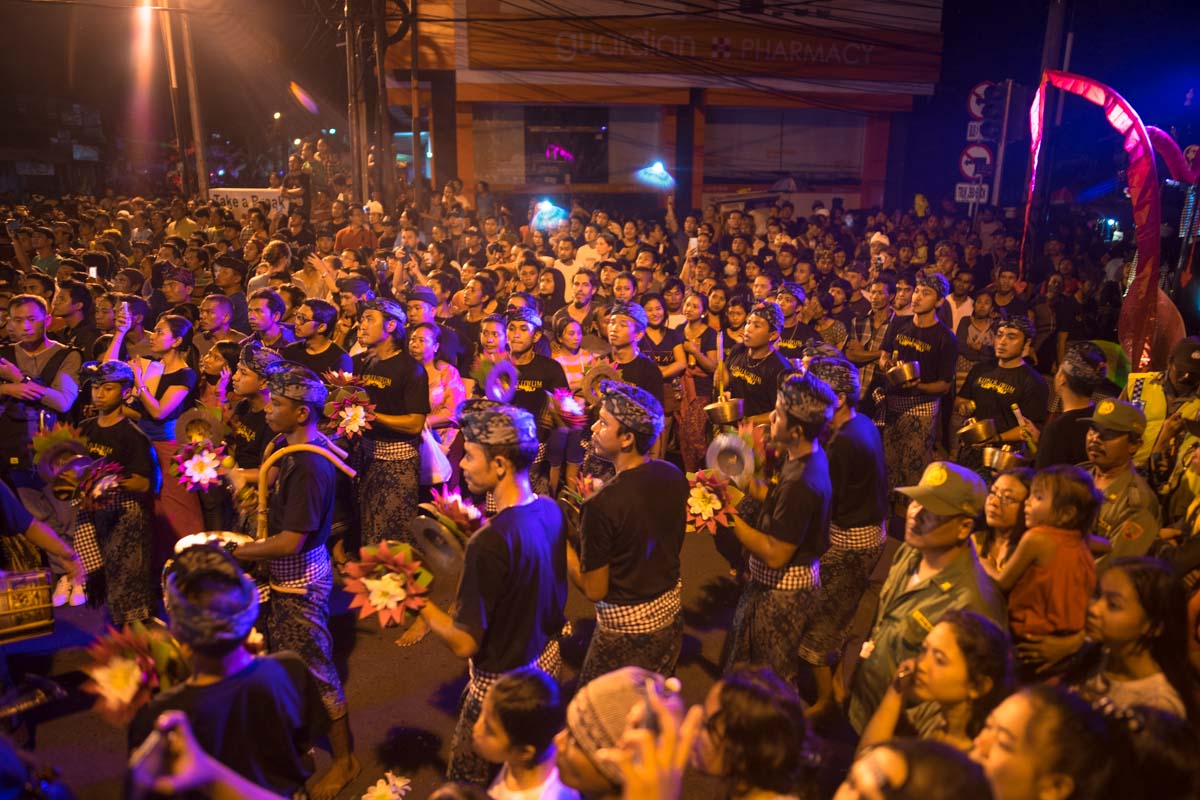 Crowds of people filled the streets for miles 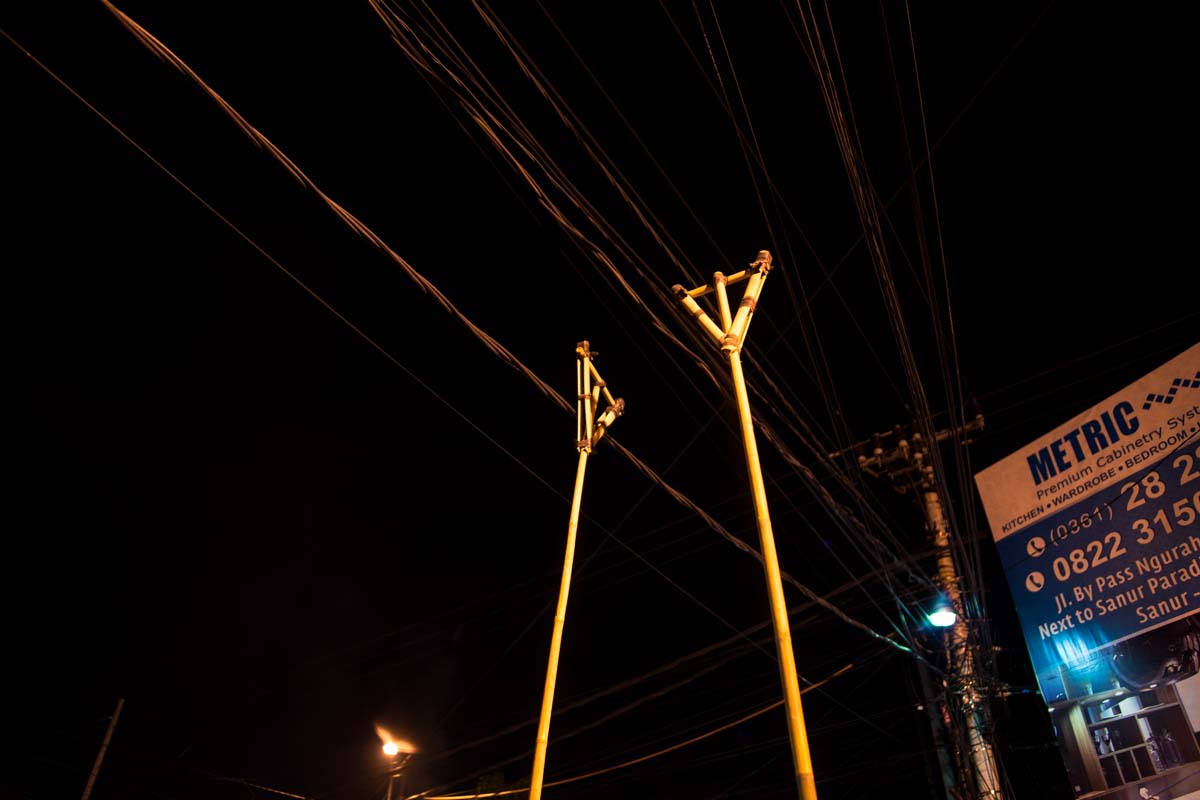 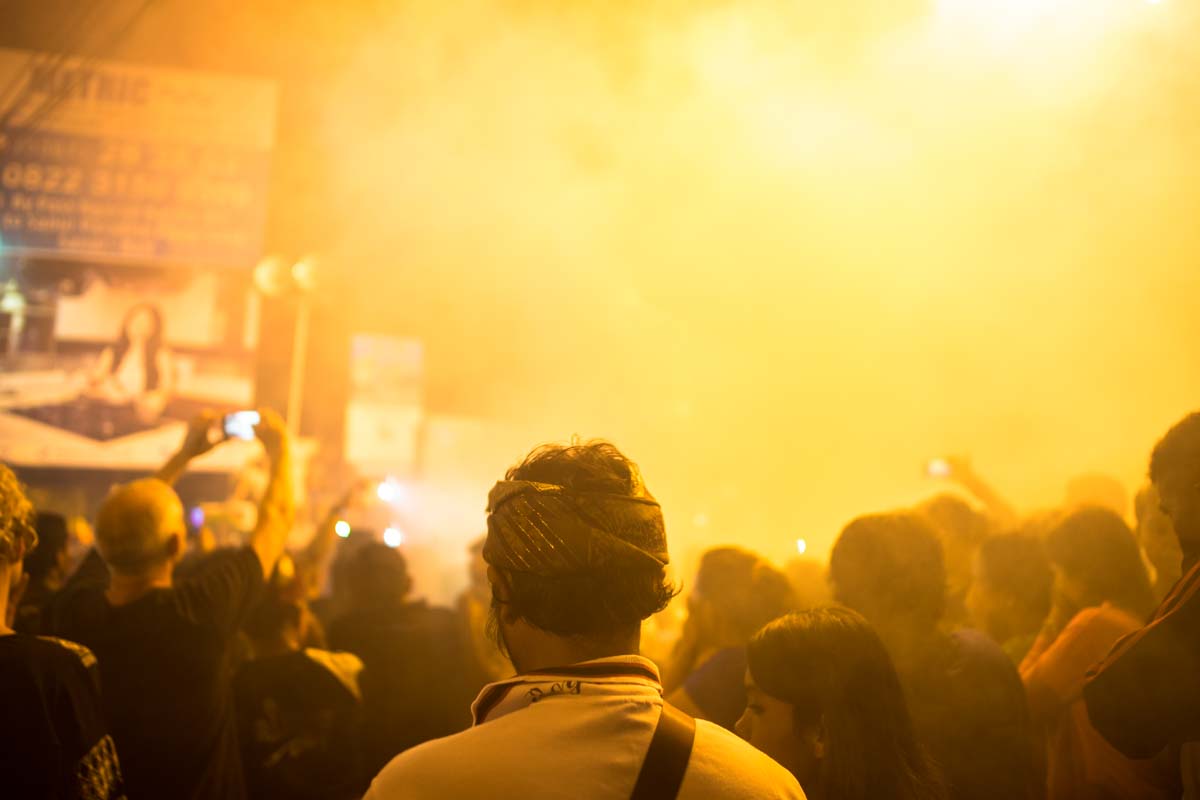 Smoke fills the streets from the parade 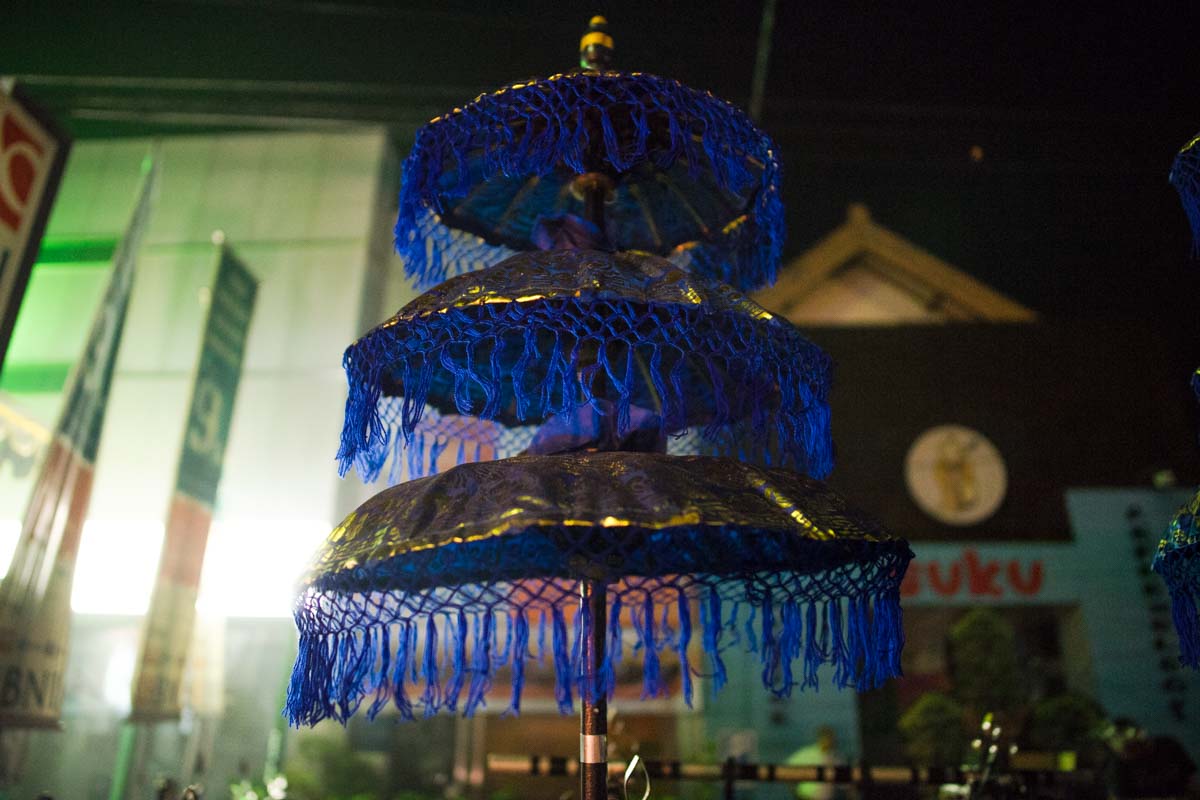 “I heard you like umbrellas, so we put umbrellas on your umbrella.” 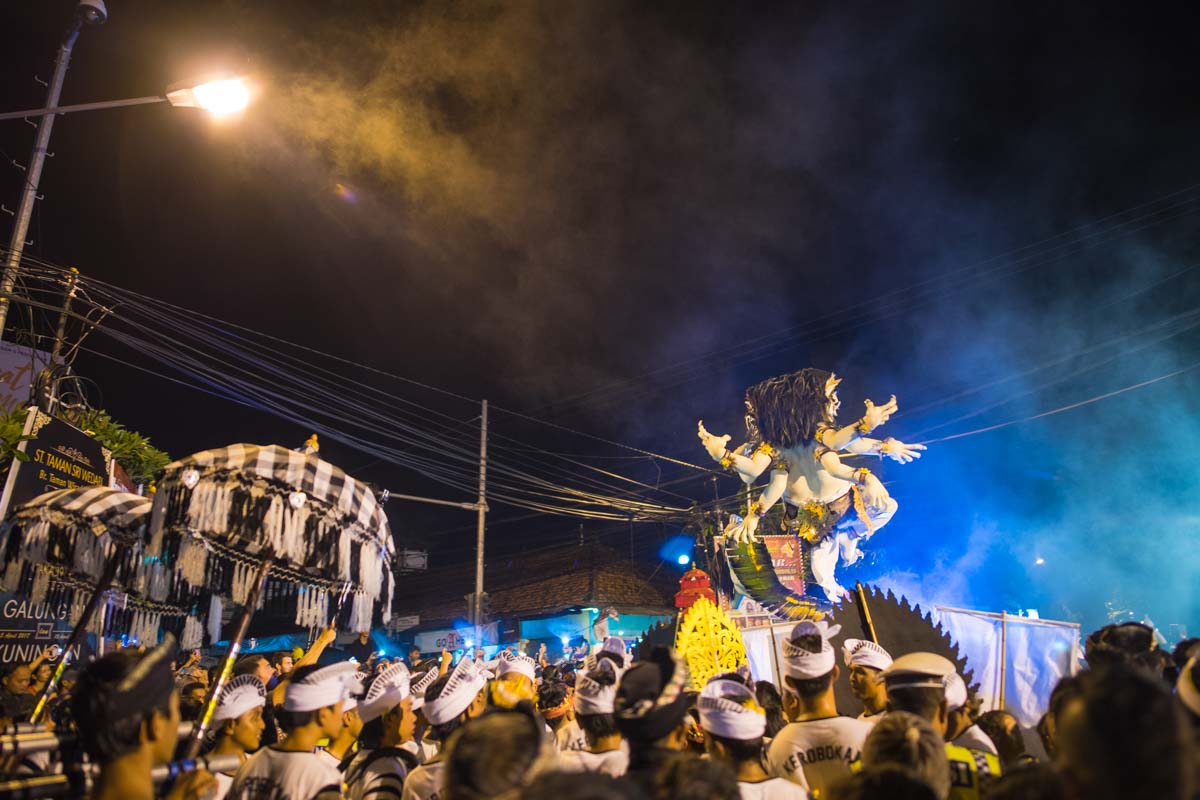 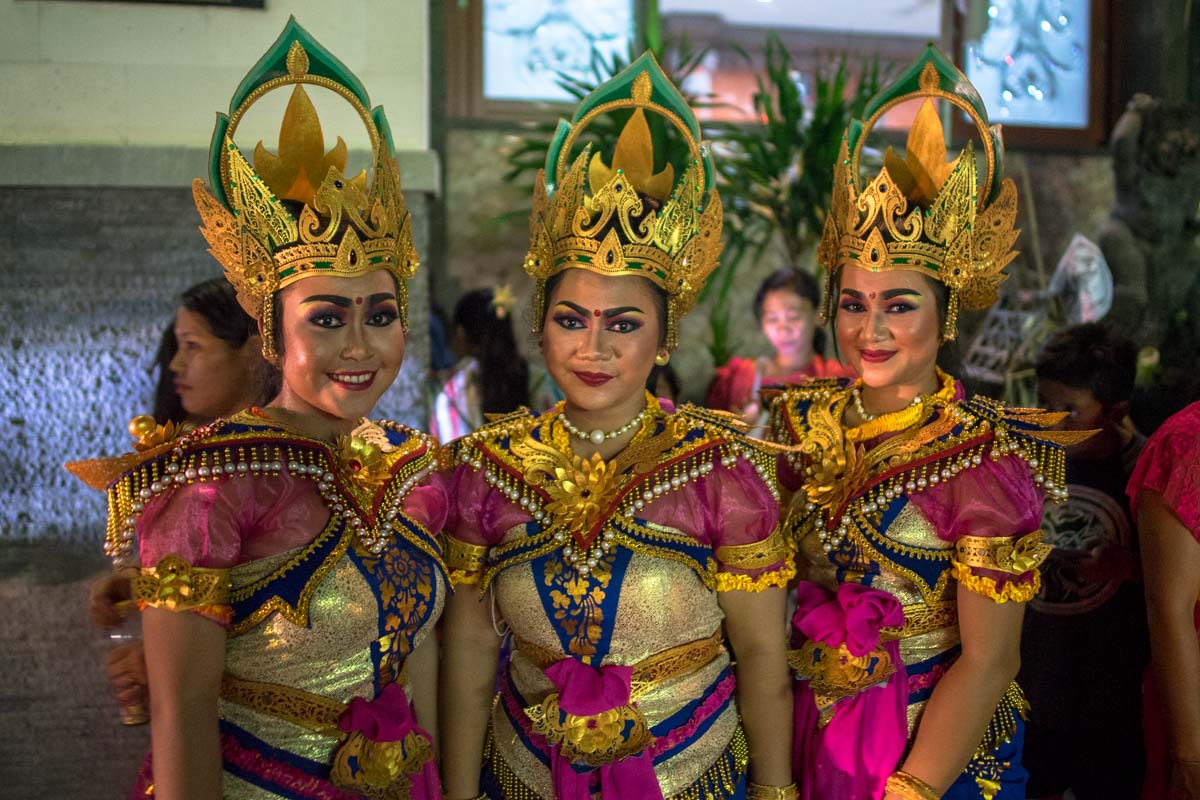 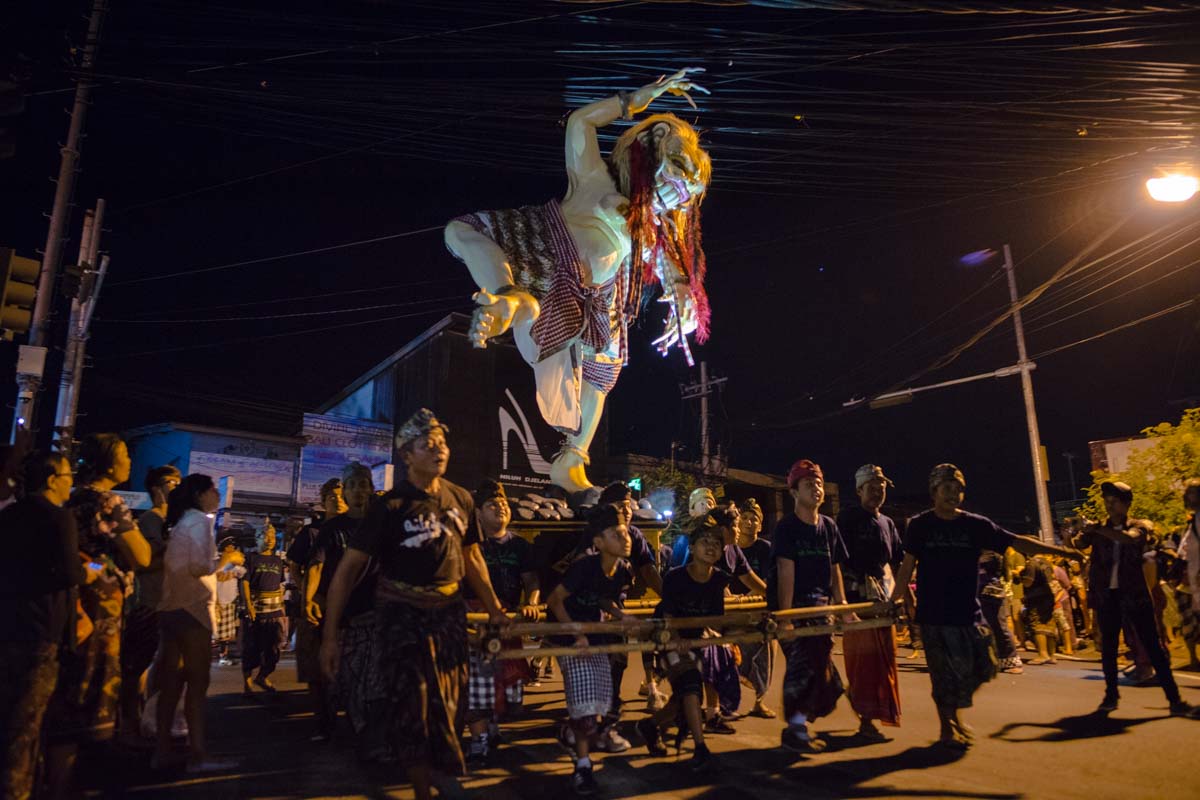