Touts and overzealous taxi drivers are a common staple in many travel destinations worldwide. Some are worse than others and Indonesia is no exception. It’s worse in the more touristy areas for obvious reasons. Throngs of tourists, fat with cash arrive at the airport or ferry port and need transportation.

In Indonesia it’s best to pre-arrange your transportation with a trusted service to avoid having to haggle at the curb with the taxi vultures waiting to descending on the new arrivals. You can always take an official metered taxi, just make sure they actually turn the meter on! Some places are getting better at regulating the chaotic curbside taxi shuffle and services like Uber, Grab and Lyft have done wonders to stabilize and standardize taxi fares.

Then there are the places are controlled by a taxi mafia.

In Lombok, Uber, Lyft and Grab are all banned but not necessarily by the government. I’m also not sure if the island is busy enough to necessitate taxi apps. The regular taxis in some areas are controlled by a local taxi mafia. On a recent trip to Bali, Lauren and I popped over to Lombok to work on a project at Villa Sorgas. We took the fast boat over to Pemenang, Lombok and had the pleasure of hiring a taxi through the friendly neighborhood taxi mafia.

Upon arrival at the pier a little shaken and queasy from the boat ride, we were immediately assaulted by the all too familiar taxi tout. I really hate being approached by anyone for anything whether it’s a clipboard wielding student with a cause, or someone trying to get me to go to a shop or get some tea and “practice English”. No matter how disinterested, annoyed, aloof, or incoherent I try to act, the sales pitch is always the same unrelenting torrent of “Mr., Mr!, Taxi?, Taxi?” as they follow you down the block until they get tired.

As we walked down the pier to the port in Lombok we began to collect a gaggle of taxi touts following behind us like ducks in a row. As a general rule I won’t hire anyone who approaches me. I like to try and pretend, at least, to have some kind of say in the matter and negotiate a good taxi fare. I find the taxi negotiation a complete waste of time and would rather jump in a metered cab and pay the standard fare. No matter how hard I bargain, I’m still a foreigner and will never get a fair price for anything.

We successfully managed to penetrate the touts and duck into a little shop. We sat down and had a drink and relaxed for a minute before our 3 hour cab ride to Gerupuk, Lombok. As we sat there we began to piece together how the taxi system worked. All the touts on the pier and port weren’t actually drivers but brokers. The taxi drivers aren’t allowed into the port to pick up passengers unless they go through a broker. It’s quite silly and I assume can get violent and dangerous seeing how no taxi driver would dare pick up a fare on their own. As we sat and enjoyed our drinks, we were approached a few times by an enterprising young broker hellbent on getting us a taxi. Since we hadn’t pre-arranged a pickup we had no choice but to go through the taxi brokers to get a ride. But they didn’t have to know that just yet. After pulling out all the stops of my negotiating ability and armed with the knowledge of the rough cost of what our ride should be, we finally struck a deal for about $40 USD to get from the port to the south of the island.

Everything was fine and dandy until it came time to pay for the taxi before we departed. That’s when we met our driver and found out how badly the mafia brokers try to screw the drivers. The broker tried to get the entire fare upfront for the ride. I don’t feel comfortable paying until services are rendered. There’s no motivation to actually get us there safe and sound if they already have our money. But the broker wasn’t having this and we were able to negotiate half now and half when we get there.

Once we got in the taxi, we got to hear the driver’s side of the story. The brokers keep the drivers in the dark about the deal. They make a separate deal with the driver for the fare and obviously negotiate a much lower fare for the taxi. The taxi drivers have no choice but to agree. Originally, we found out, that the broker was only planning on paying the driver 20% of the total fare and keeping the rest for himself. That’s quite a deal! The icing on the cake was that the broker didn’t tell the driver our exact destination which was a bit farther than the driver agreed to. This led to a very sour driver for 3 hours who, in the end, left us to walk the last 500 meters uphill to the villa. I can understand his frustration but without our half-now-half-later deal, he would have only gotten 20% rather than the 50% we agreed on with the broker.

If you’re here for advice on getting Taxis in Lombok, I hope you found my story informative. It’s been a little while since we were last in Lombok, so if you’ve had a new experience, share it with us! 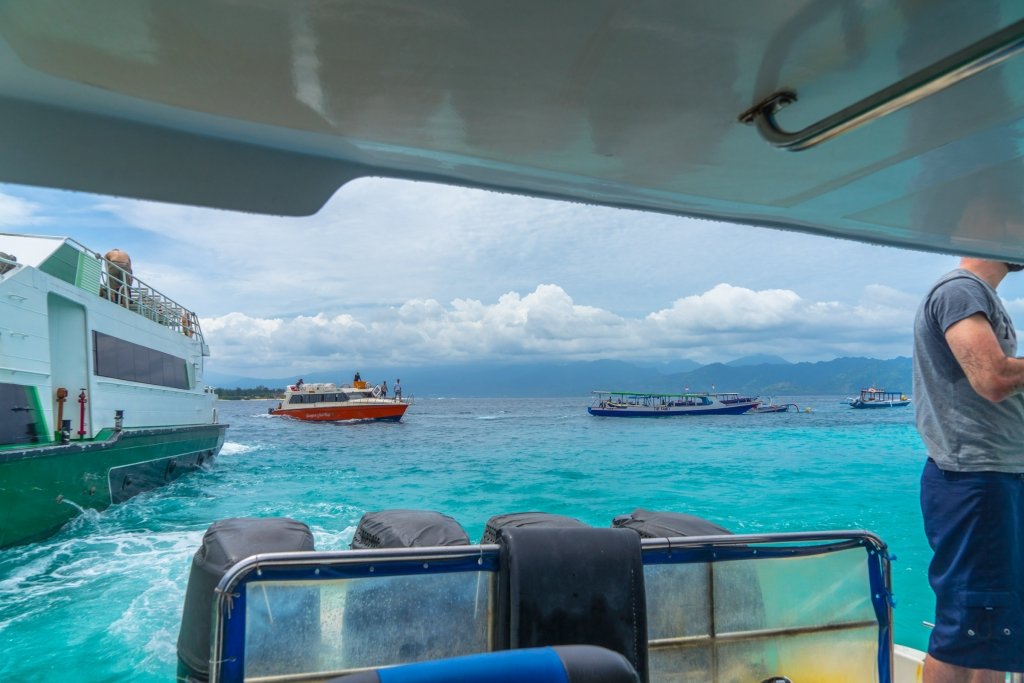 Out of the frying pan and into the fire. Happy to get off the rough but beautiful waters but not happy to deal with the touts. 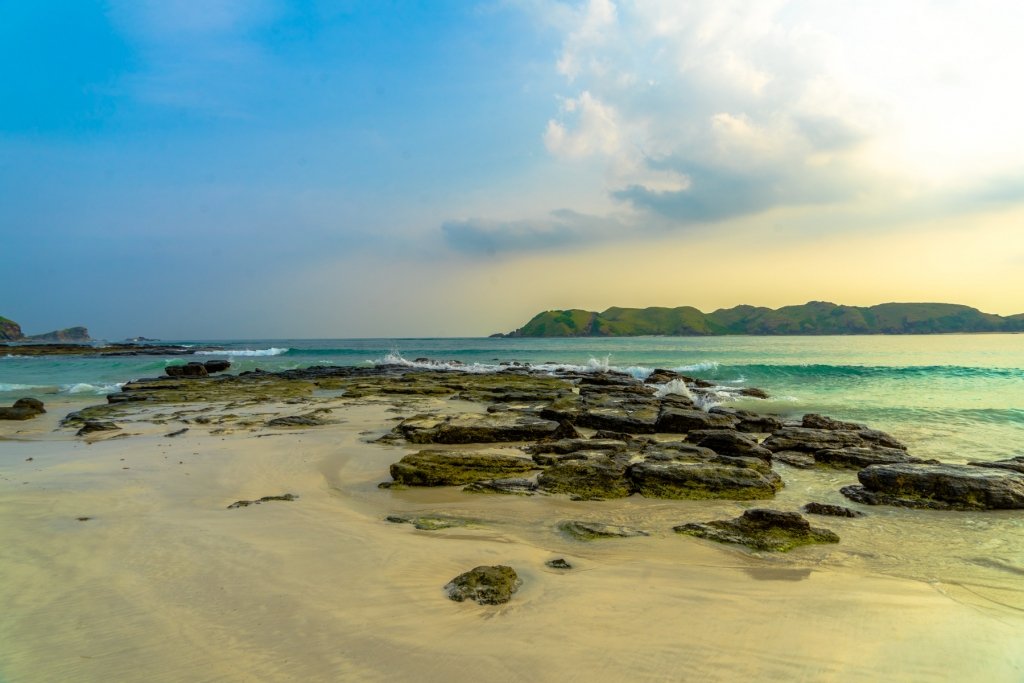 Lombok was worth the adventure though. Much less crowded than Bali and less touristy.