A panoramic view of the Mostar Bridge from the top of a minaret.

The first thing we noticed while driving into Bosnia and Herzegovina is that the nice roads suddenly end. It was my first time going through an international border by car. We had to check out of Croatia, get a passport stamp, and drive a mile down the road to the Bosnian border for another stamp. But they didn’t stamp our passports! Lauren was very upset. The pristine highway immediately gave way to single lane, dusty roads. Our destination in Bosnia was an old town called Mostar. Its main feature is a picturesque bridge and a few historic mosques. A lot of Bosnia still hasn’t been rebuilt after the wars the same way that Croatia has. The locals and museums are also a lot more open about talking of the war and many blaming the Croatians for damaging historic sites. So far it seems like the entire region suffered terrible losses during the war and many landmarks were turned to rubble. It was interesting to see a Balkan muslim town. You’re immediately reminded of the contrast between Catholic Croatia and Muslim Mostar when the calls to prayer echo through the streets from the mosques. 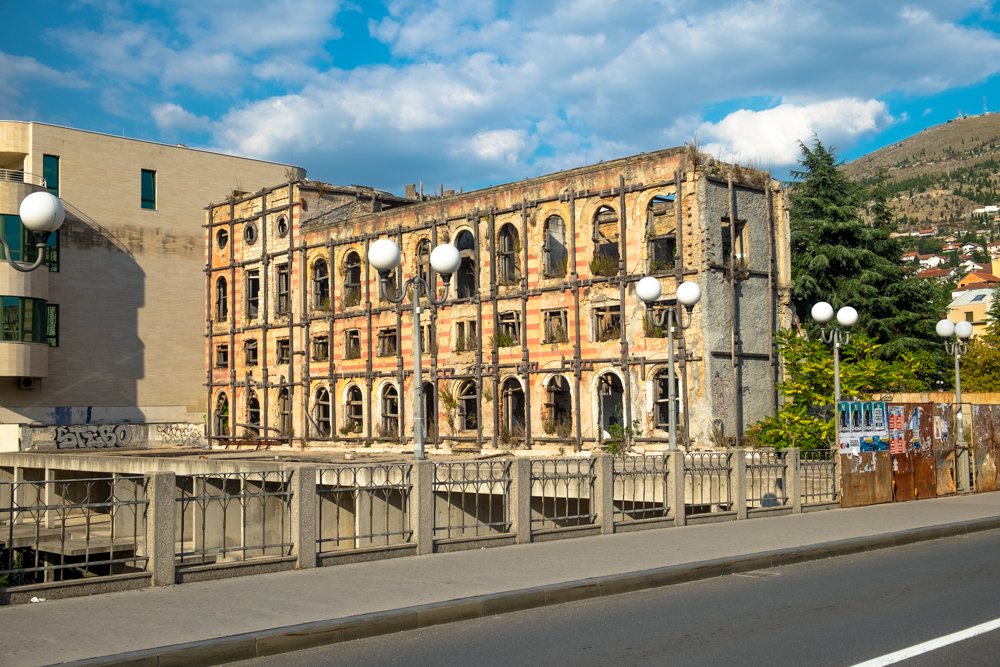 The shell of a war damaged building sits as a stark reminder of worse times.

We had a bit of fun trying to find our airbnb for the night. I had no idea where we were going and Lauren had a star on her map where the place was supposed to be. Addresses in old places like this aren’t as easy to find. A lot of times where the map says the address is located, is a lot to a little off the actual location. Our host in Mostar emailed directions to us and said to ask for the apartment and someone will show you where it is. After looping around the block a few times and confusing a lot of parking attendants and bar patrons, a man appeared in front of our car. I thought he was just another parking lot attendant telling us to pay for parking. He was, but he was also Admir, our host. We didn’t know that till later. He first poked his head in the window asking if we were looking for the apartment. It took a few confusing moments before we thought he might be our host. We weren’t hard to find. Just look for the lost Americans driving around in circles. He hopped in the back of the car told us he’d take us to the apartment. I’m still not 100% sure at this point if this is our guy and I just let him in the car. YOLO! He cursed at his fellow parking lot attendants as we squeezed past their paid lots to the apartment. The apartment was set in the courtyard of a former tannery, tucked away behind the main street. The rest of the courtyard was restaurants and bars, making our room feel very out of place. It was a perfect yet very odd location but we couldn’t have gotten any closer to the bridge. It was a great hidden spot. 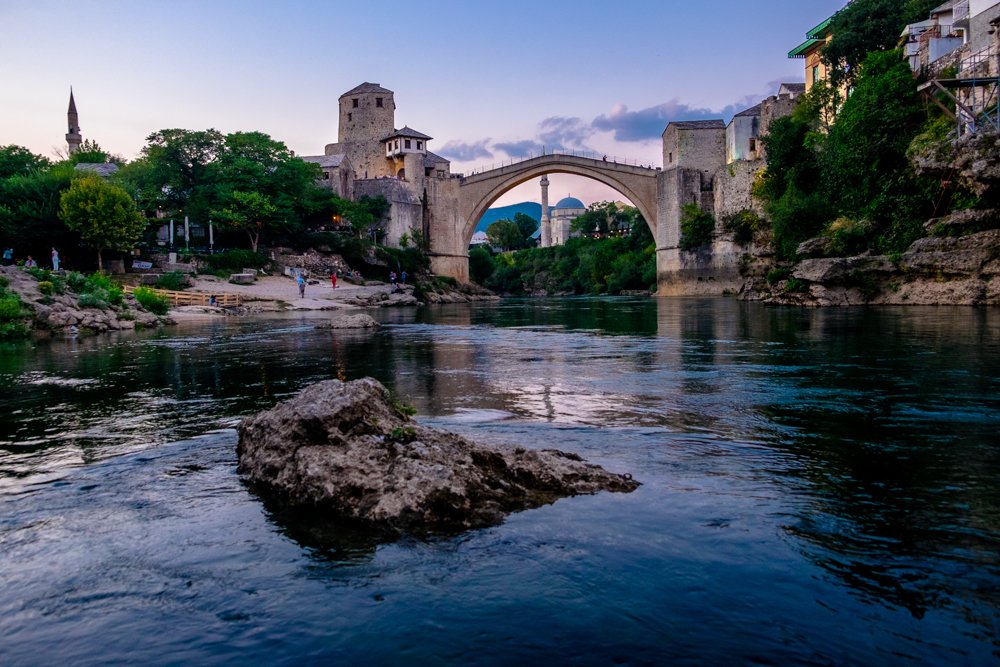 Mostar is a really beautiful old town, and really worth the trip. We were a little apprehensive about driving into Bosnia, especially after reading bad stories from other travelers. It was totally a breeze getting in and out and felt relatively safe. I think Bosnia gets a bad rap from our association with the war. The people are extremely friendly and helpful. There are gypsy beggars like most of Europe but nothing made me feel unsafe. 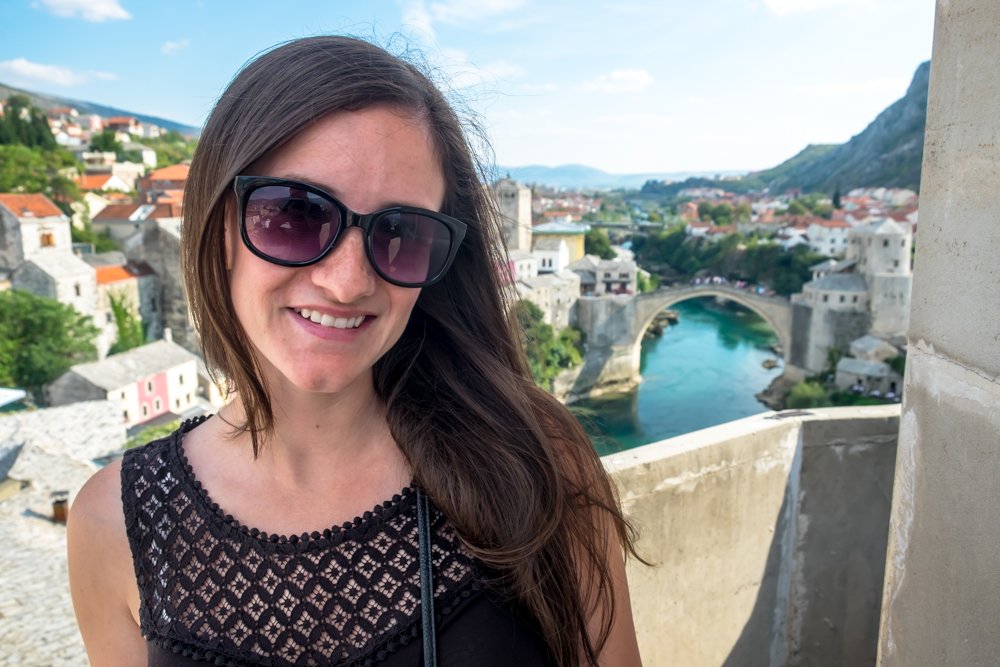