One of the best ways to see New Zealand is via campervan. It’s really impossible to take in all the sights and see the beautiful countryside by only visiting a few cities. So if we were going to do New Zealand, it had to be in a camper. Working and freelancing while traveling already presents its own challenges: finding a suitable workspace, balancing work/play, and finding reliable wifi. Design from a van presents a whole new set of challenges.

Being a Digital Nomad Can Be Hard

Digital Nomad and camping don’t exactly play nice together. Cities are best for setting up shop and getting things done but in the far reaches of rural New Zealand, there are few if any coffee shops, wifi and power outlets. The landscape and activities pretty much set our work schedule. To get to more of the remote areas, we had to plan our work and take time off to be off the grid. 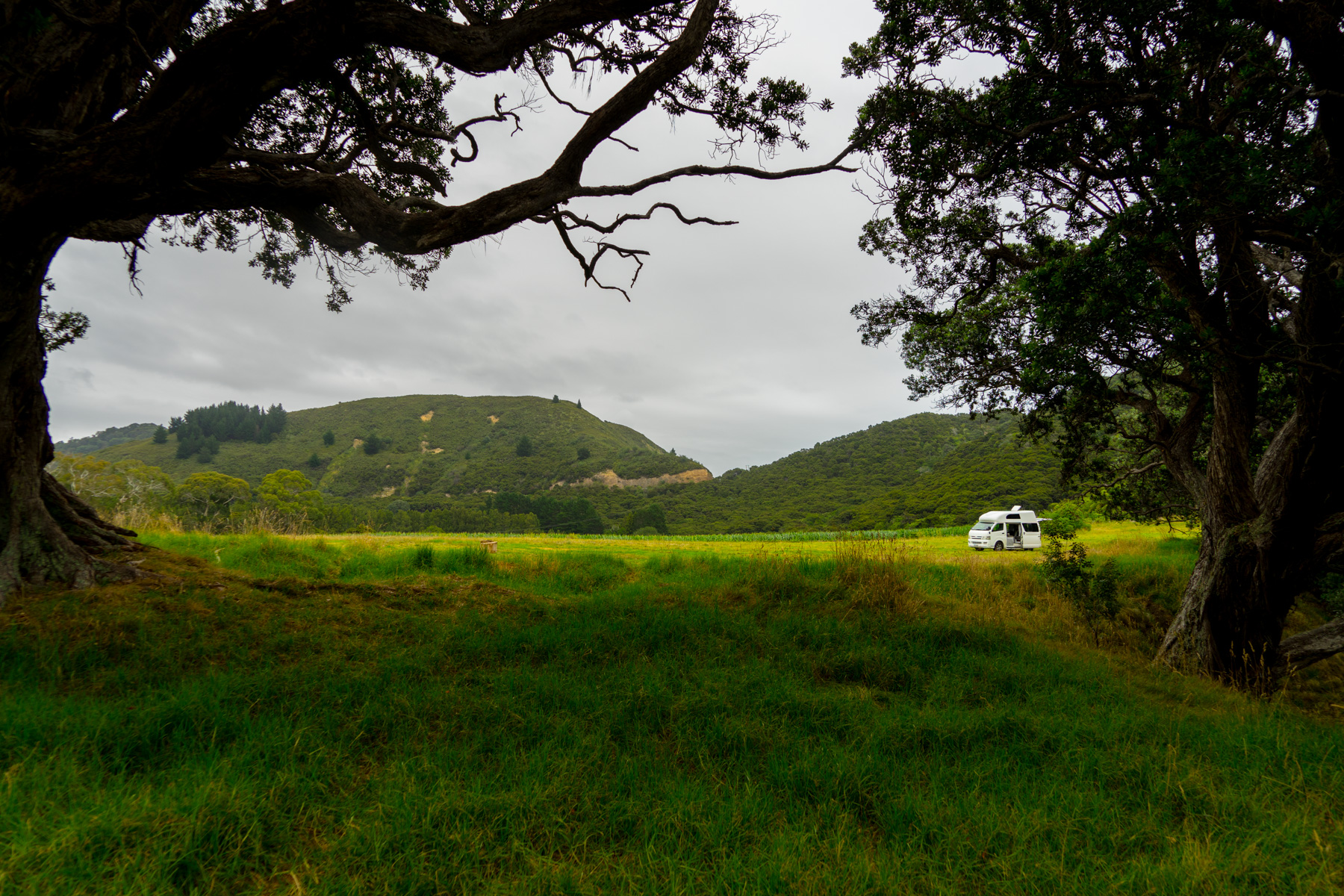 Not a soul in sight. Also not a signal to be found.

How to be productive.

We can be productive without wifi by editing photos, videos and writing. It was really eye opening though to realize how much we rely on having internet access. While working without wifi, we kept catching ourselves trying to go to google to look something up, or going for a file on dropbox. I remember the times working at agencies when the internet would go out. Everyone pretty much just went out for lunch citing lack of internet and email as preventing them from doing work. Being self-employed, we don’t have that luxury. 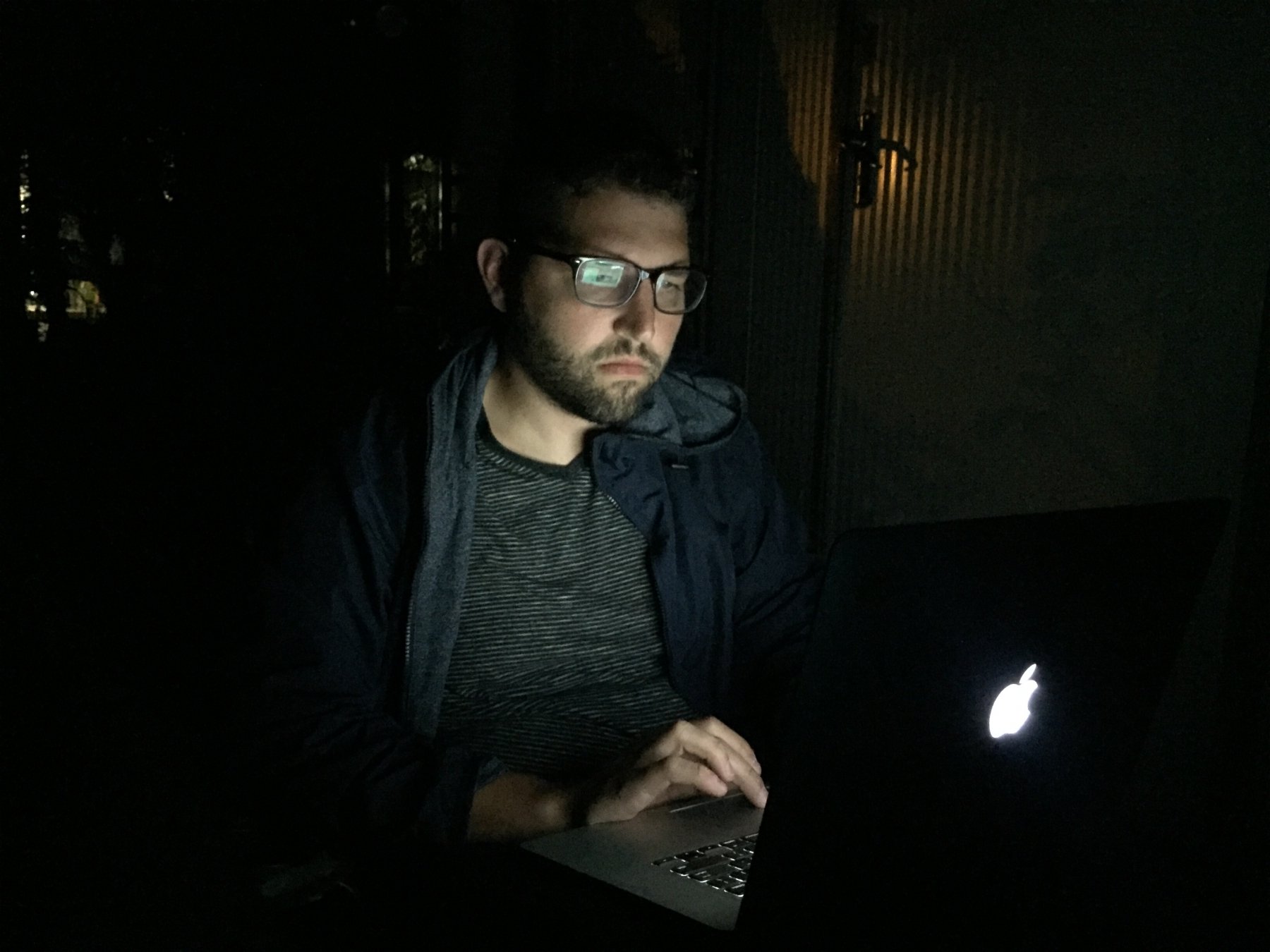 Working next to the toilet at a holiday park cause it was the only spot with a free power outlet. 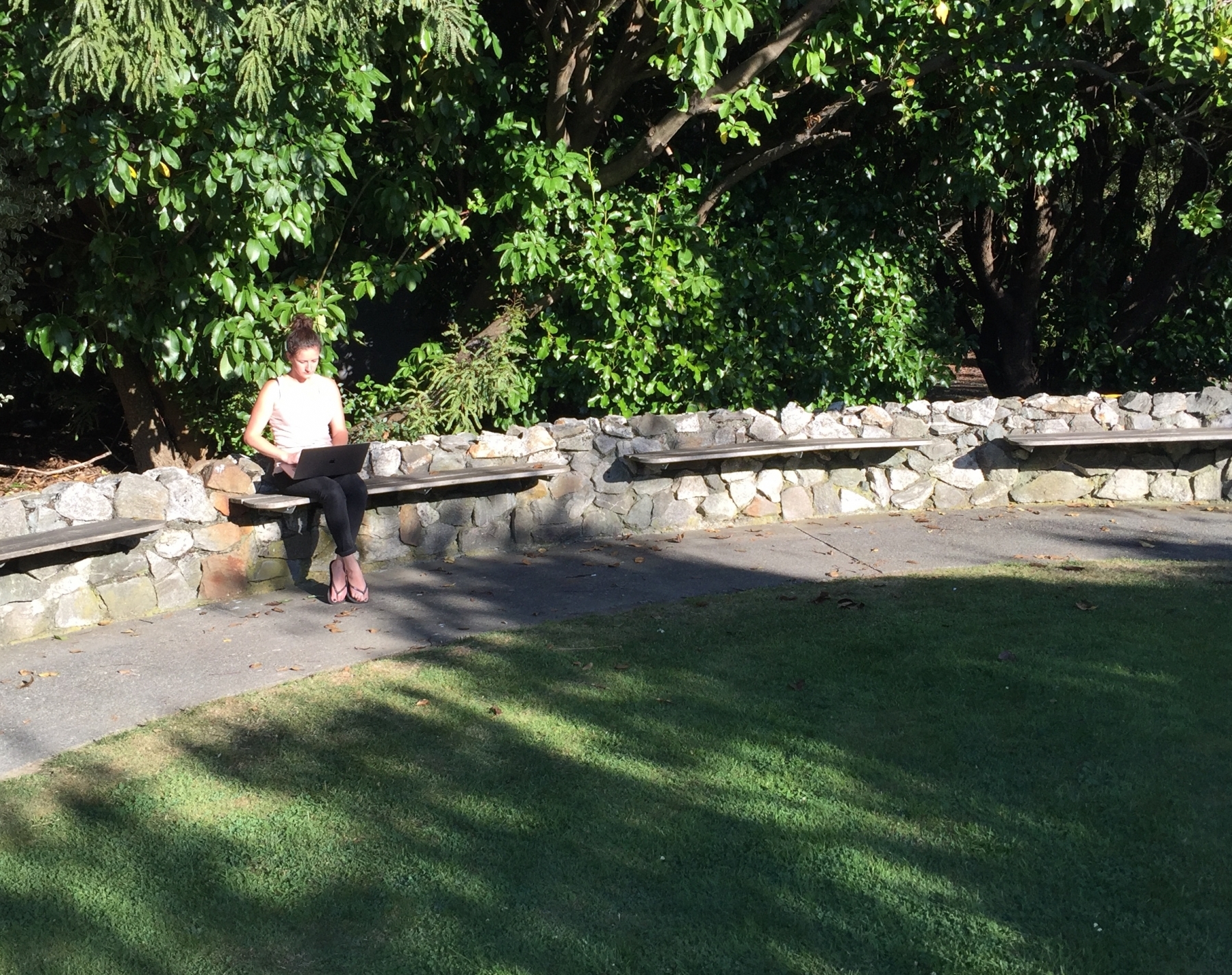 Lauren working from a park bench trying to get the wifi from the spark hotspot.

The biggest issue is power management. Once my computer is dead there really is not much I can do. When picking a place to camp, we have the choice to stay at a holiday park or free-camp. Holiday parks have wifi, showers and power but they kind of get in the way of getting back to nature. The other option of free-camping is liberating. Almost anywhere can be your home for the night, provided that ornery local councils and laws don’t make it difficult. There were so many pain in the ass towns around NZ that very explicitly forbade any kind of free-camping. I have a very long rant brewing about the attitude towards campers in New Zealand but I’ll spare you for now. So with free-camping we had no power, water or wifi. The house battery in the van was there to power the lights, water pump and fridge but we added a power inverter to charge our batteries and computers. The house battery only gave us an extra hour or so of juice before dying for the night. A whole day of driving was usually good enough to get it recharged.

We wanted to free-camp as much as possible in order to save money and also it is much more enjoyable to wake up completely alone in an empty fields surrounded by epic NZ scenery than it is to wake up, butts to nuts with a zillion other campers. We did do about a quarter of our month at various holiday parks and paid sites ranging from amazing luxurious to outright trashy trailer parks (not by choice). Once the sun goes down, there’s not much to do so most people go to sleep and get up with the sunrise the next morning. We preferred to huddle behind the blue glow of our macbooks working till our batteries died. We also allotted precious battery time to watching the Lord of the Rings movies a little bit each night to compare the epic sets to the epic scenery. It was really funny to find out when meeting other campers that some of them were doing the same thing. It took the whole month we were there to get through all three movies. We made a google map of all the places we wanted to stop and I found a great Lord of the Rings filming location map that I added to ours.

Campervan glow most nights under the stars.

A few things helped along the way

When we had a lot of work to do, the public libraries were great for working. Sometimes they would be full of smelly backpackers hogging the bandwidth talking loudly on facetime or a crazy man making very realistic chicken noises for two hours. But it was free, and the wifi was pretty decent. Overall the wifi in New Zealand is complete garbage countrywide but we found ways to cope. It’s really slow and they charge ridiculous rates to use it. Besides libraries, we would camp out at any cafe advertising unlimited wifi. Lots of places cap you at 30 minutes or 100mb. Not enough to get anything done besides check a few emails and post something.

If you’re organized and dedicated, working from a van can be successful. The extra challenges make it a little bit annoying but it makes for some of the coolest office space in the world. Some jobs may be harder than others. A writer might have a easier time but doing graphic design and marketing work requires a lot of juice. I think next time a better battery or solar panel would help as well as staying in one place longer. A consistent theme with our travels is that we’re finding ourselves moving too fast and feeling stressed trying to be productive but also not miss out on sights and adventures. All play and no work will make you a jobless freelancer. 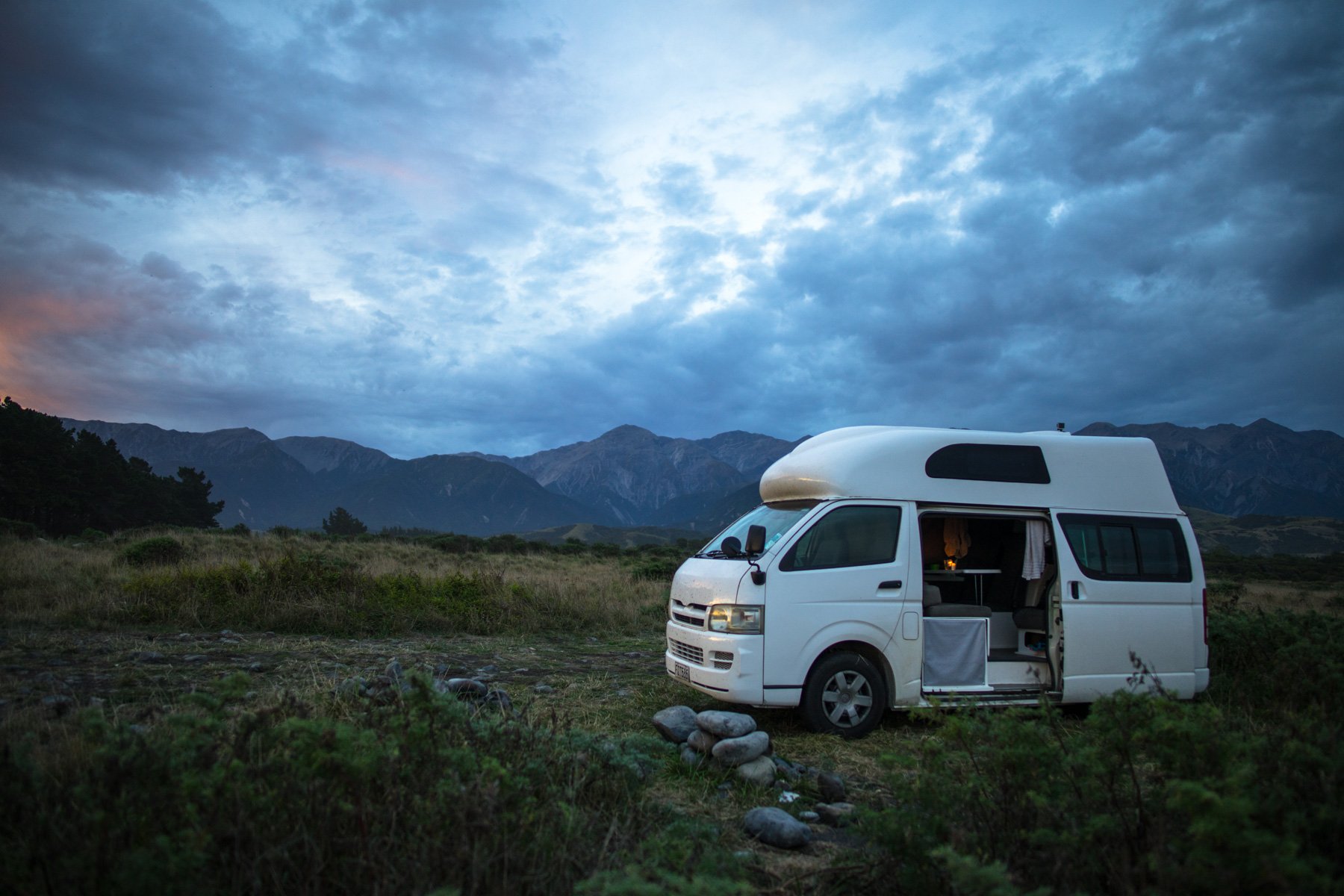 This spot looks good for a night or two.