While traveling around for long periods of time or simply just going on vacation, your electronics suffer quite a bit. Due to a few issues we needed to find a phone repair place while we were in Koh Samui. Numerous google searches brought up nothing useful. Lauren’s charging port went kaput while we were in Bangkok and she had to switch to her backup iphone 5. It’s not until you’re without your phone did we realize how much we depended on it. Even having most things backed up, it’s a huge pain in the butt to switch everything over to another phone. The backup was ok but just not the same as the iphone 6 that Lauren was used to. We had the luxury of time to poke around the island for a repair place. At most shopping malls or grocery stores there are phone shops that can fix phones. None of them are listed online. We started asking around and got wildly different prices that all seemed too high. I checked on Amazon for the part and saw $7 replacements so there was no way I was going to pay someone 1,500 baht to fix the phone. So where did we end up going?

While picking up groceries at the Tesco Lotus in Bo Put, we saw a guy in the entrance of the mall with a little phone shop. We showed him the phone and within 10 minutes it was fixed. He was quick and did it for a good price. We ended up going to him twice. As bad luck would have it, Lauren cracked her screen a week later during a harrowing scooter ride and we went back to our friend at Mobile Easy Phone Repair. At first he thought that there was a problem with the original repair but quickly realized we were just repeat customers. Once again he had the job done in minutes as we watched.

Here’s the place on google maps.

He can do all kinds of phone, ipads, tablets android, etc. He also had a collection of broken parts of phones that he had fixed on display showing terribly cracked screens, bent cases and fried parts. 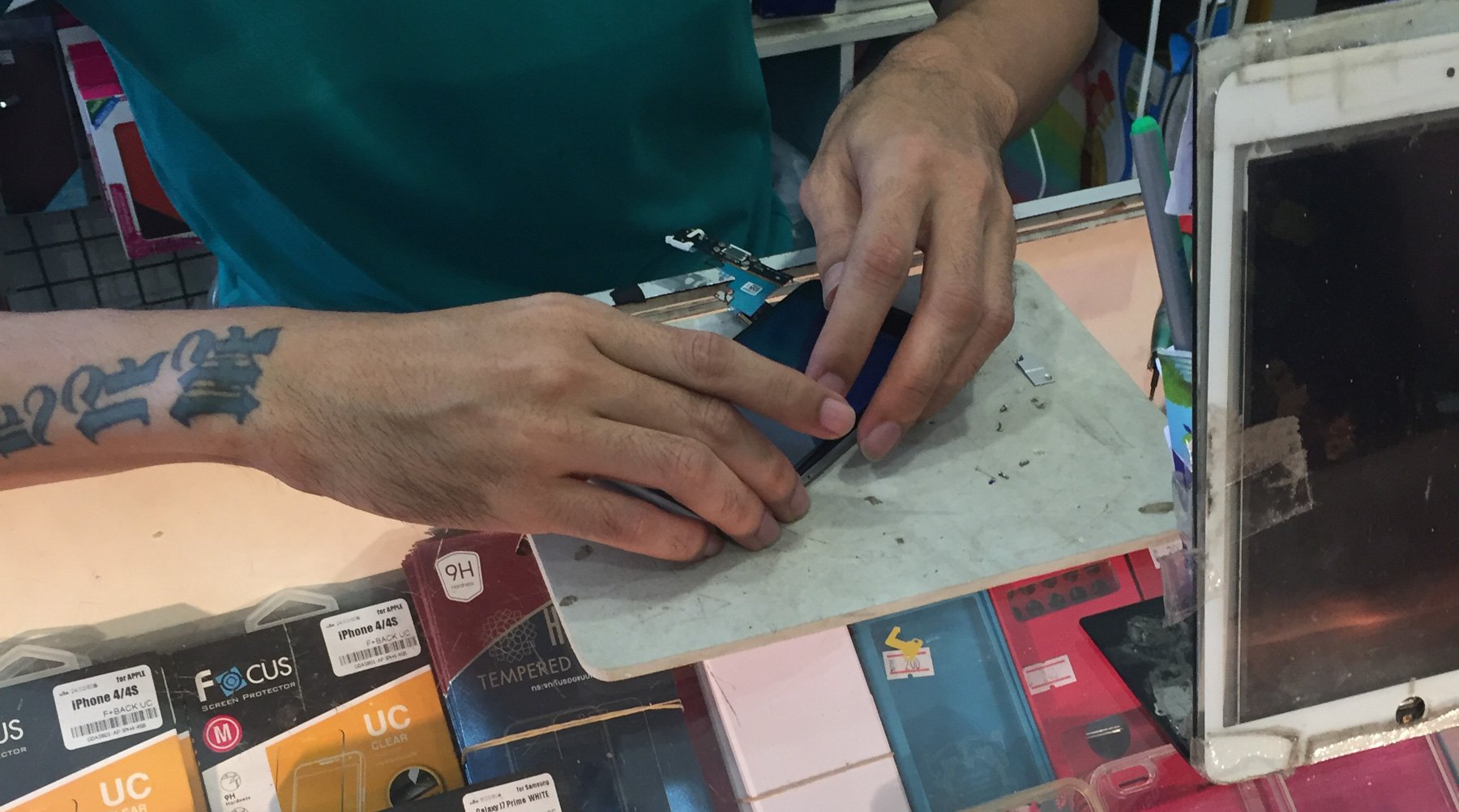