If you’ve heard of Ancona at all, it’s probably because you googled “get to Croatia from Italy.” At least that’s how we found this charming little city. Derek and I were trying to decide which of the various entry points to Croatia to choose from, the general recommendation being to take the high-speed trains down the eastern Italian coast, then hop on a ferry to mid/southern Croatia. The alternative would be to cross over to Croatia in the north, and subject yourself to long bus rides down the Croatian coast. No, thank you!

So we chose to travel down Italy by train to a city where it would be easy to cross over to the exact area of Croatia we wanted to be in,  Split. The ferry would leave from a place called Ancona. Originally the plan was to take the train down from Venice in the morning and hop on a boat that evening. But as our investigation of Ancona continued, we realized it needed some exploring.

The funny part is that we didn’t even get to the main thing we wanted to see in the Ancona region – a natural cave system called the Frasassi Caves (you really should google them). Due to the distance, and the fact that Italy had just suffered from a rather large earthquake, we decided to save the spelunking for another time.

The beauty of Ancona can be hard to miss if you don’t travel past the train station, ferry ticket pickup, and the docks. It looks rather industrial. But walk a short walk into the city center and you will be greeted with a lovely seaside Italian city, complete with its ancient churches, gelato shops, and gorgeous views.

We spent our time swimming in the beautiful Adriatic alongside mythical and magical sounding “beach caves”, enjoying a wine festival in a nearby medieval town with our host, and generally eating everything we came across. It was a wonderful, too-short three days, and we can’t wait to come back. 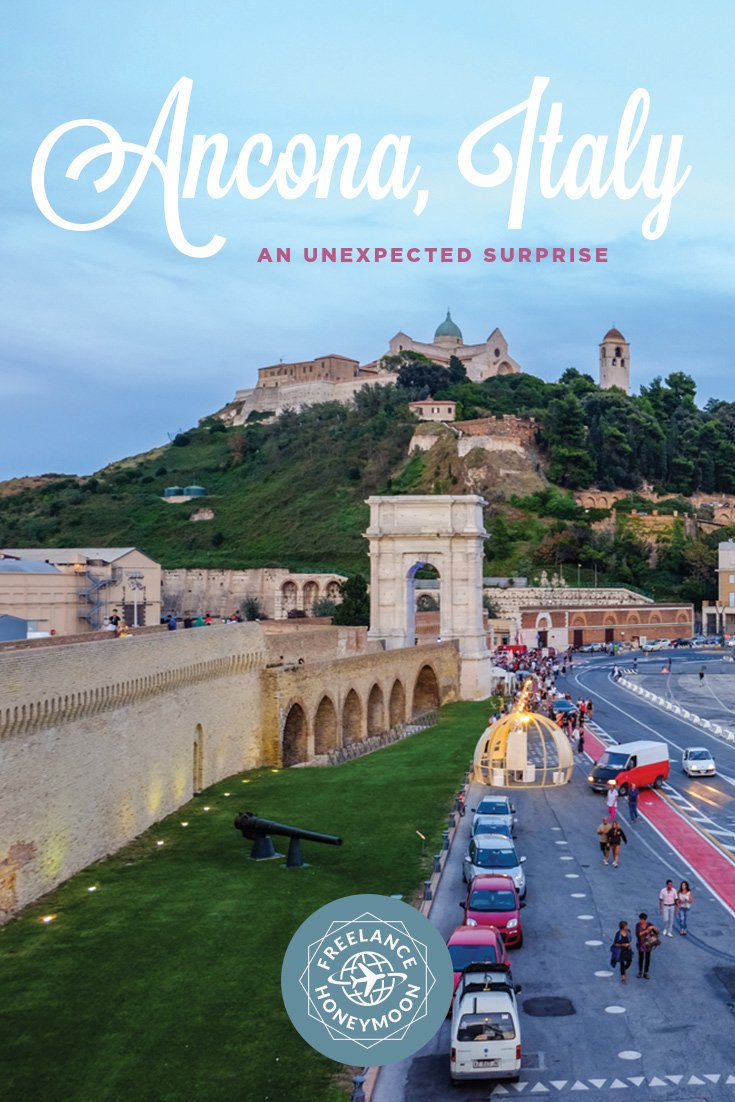